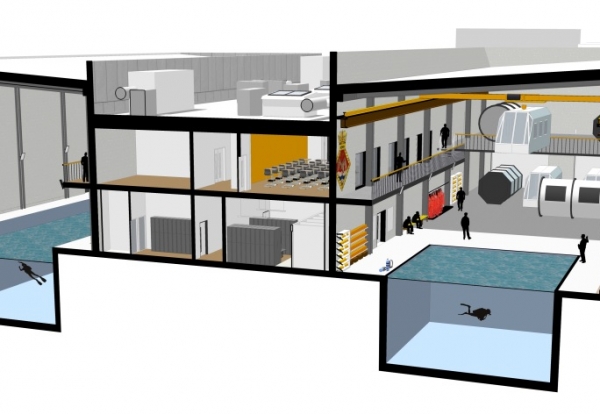 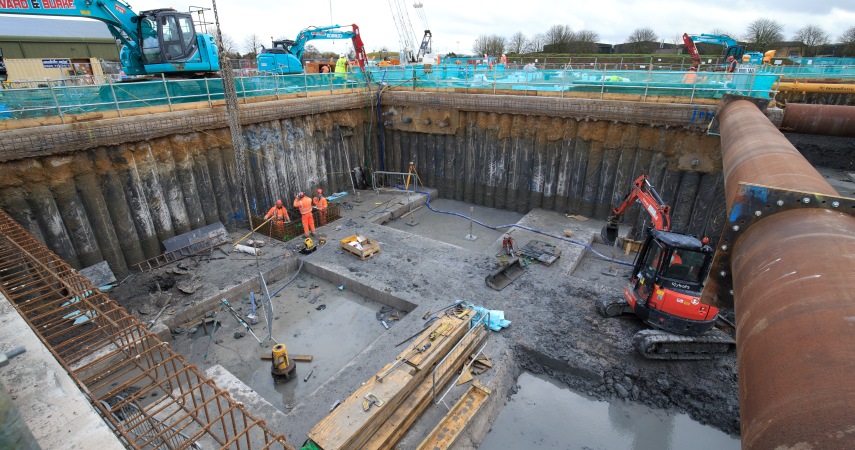 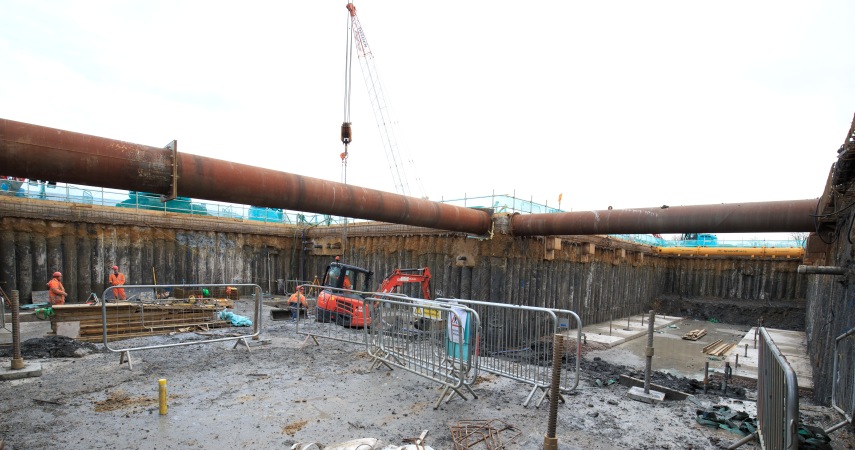 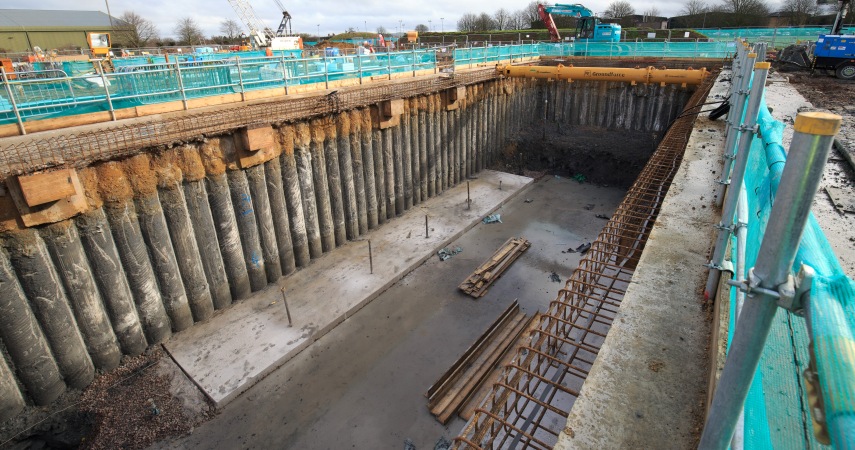 DAWSON-WAM was contracted by Galliford Try to construct new secant walls and load bearing piles to facilitate the construction of the new Aircraft/Amphibious Vehicle Underwater Escape and Survival Training (AAVUEST) at RNAS Yeovilton in Somerset. The new centre will contain pools to train personnel in escaping from a submerged aircraft or amphibious vehicle

The deal was let through the DIO’s Next Generation Estates Contracts (NGEC) National Capital Works Framework. Construction of the dunk tanks forms part of the MOD’s commitment to modernise the military infrastructure and ensure the best possible safety training for the UK’s Armed Forces.

Simon Jones, Project Manager at the DIO said: “Building this facility is an important part of our commitment to world-class military training and the signing of this contract is an important first milestone in this process.

The existing site was a greenfield space adjacent to the base and the piling footprint was approximately 80m by 50m. Ground conditions were gravels overlaying stiff clay which became mudstone at a shallow depth. The water table was just below existing ground level which encouraged the use of a secant piled solution for excavations.

The new development required the creation of two individual excavations to depths of 5.5m below ground level. Due to the construction sequence propping was limited to capping beam level with props positioned at uneven centres meaning that considerable unbalanced forces had to be considered.

DAWSON-WAM also installed 96nr Cased CFA load bearing piles of 630mm and 450mm diameter and to depth of 13m. Reinforcement was pushed down to cut off level to assist the following trades in breaking down the piles. All piles were integrity tested and 1 static load test was completed and performed extremely well.