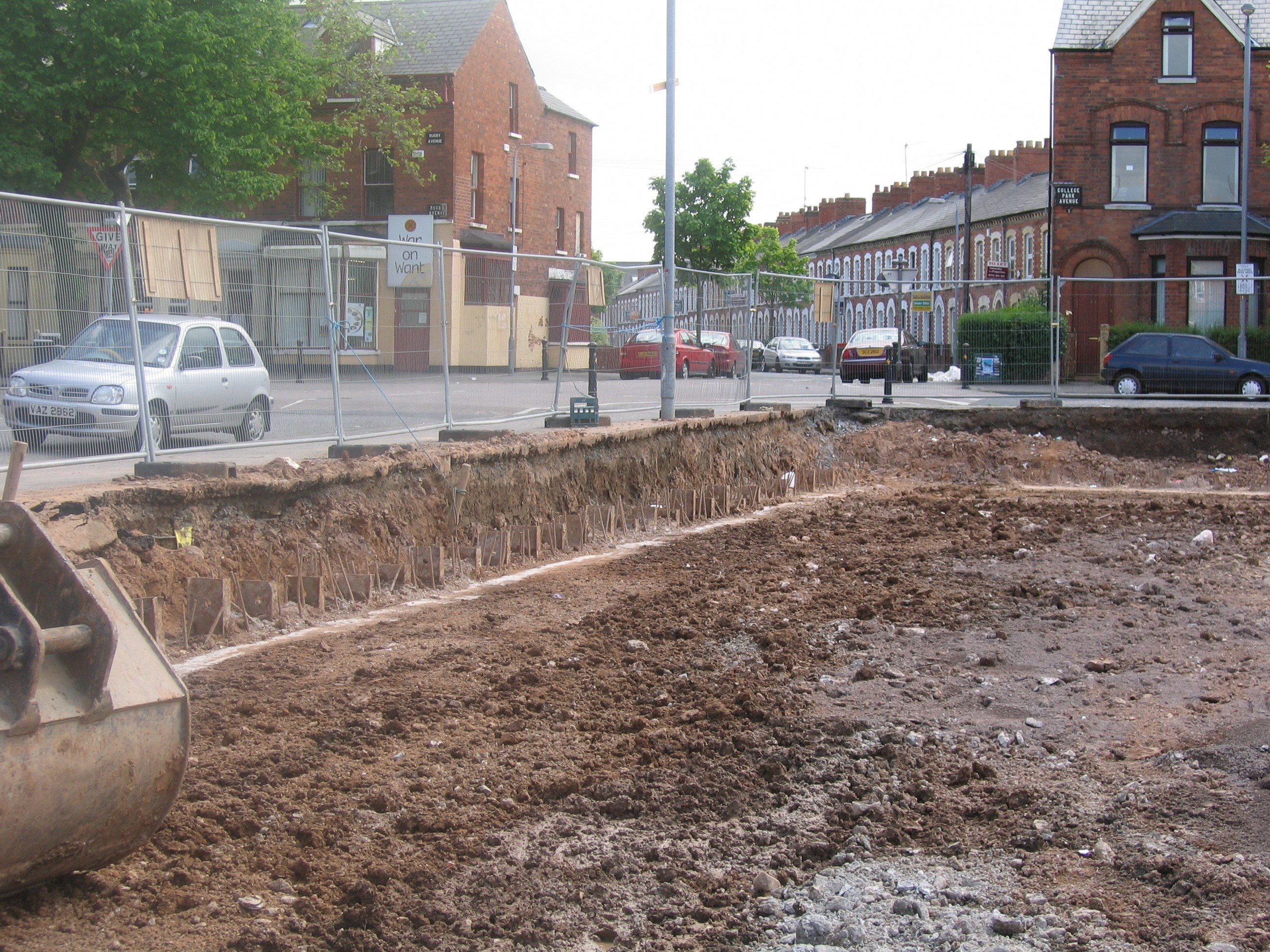 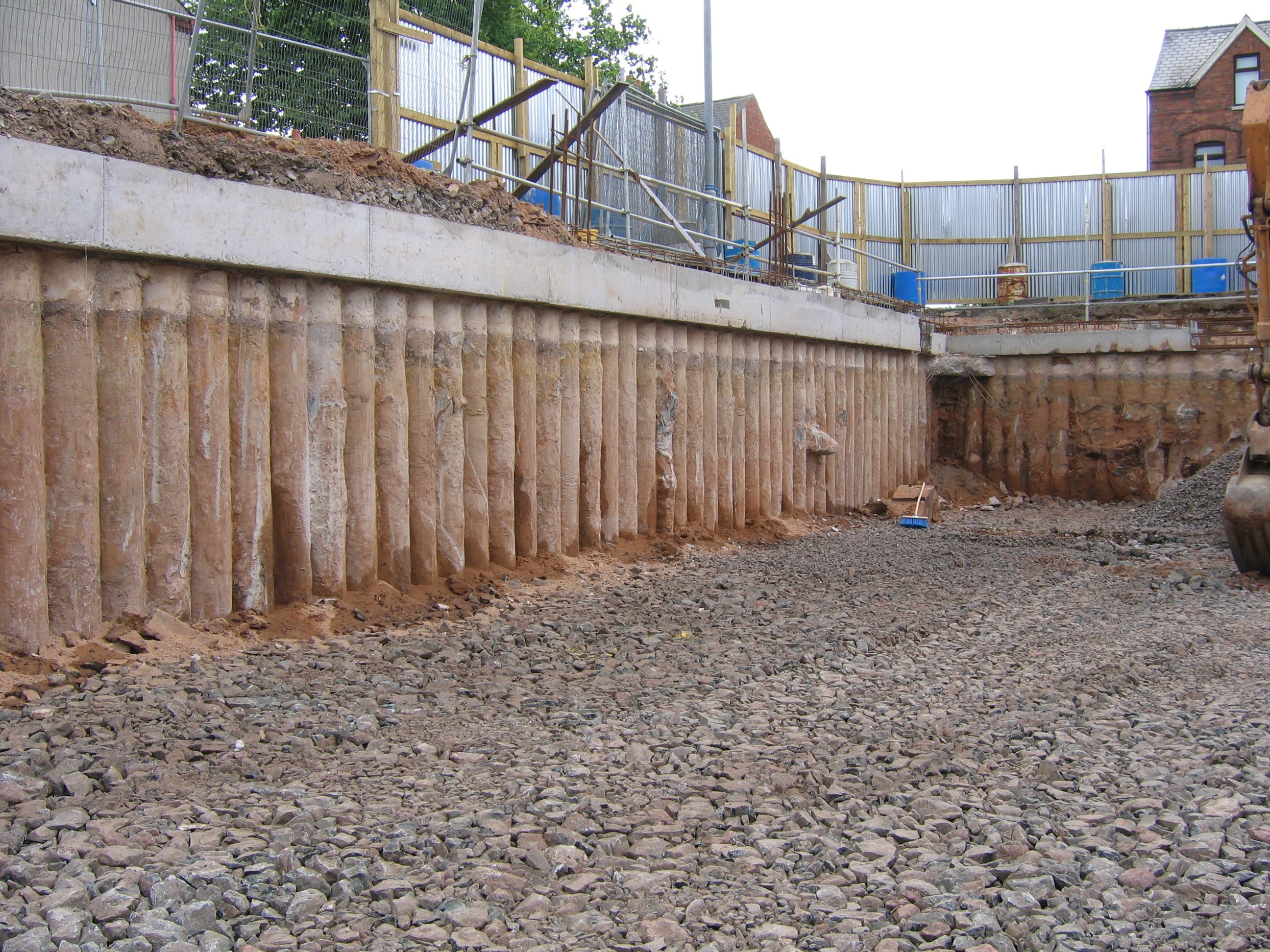 Dawson-WAM was awarded the contract to design and construct a concrete piled basement in the University Area of South Belfast. The scheme, on the site of an extensive former development was bounded by a 150year old church structure and by roads on the other three sides.

Our design consisted of reinforced 450mm diameter hard/hard secant pile wall founded 10m into the Belfast sands and clays. Excavation was 3.8 metres. The design also incorporated the pile wall as load-bearing foundation for the building.