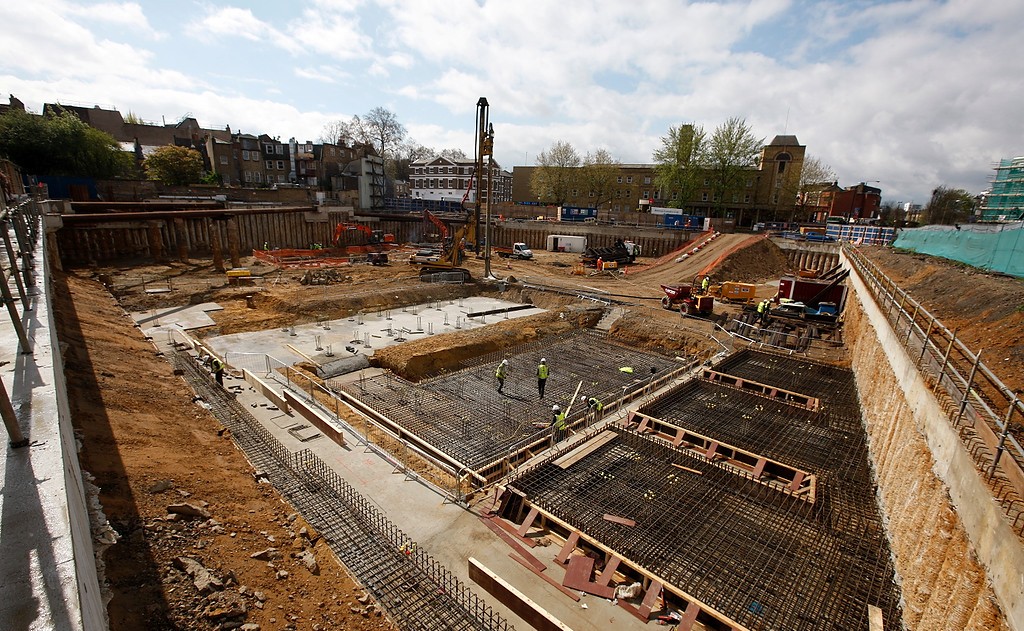 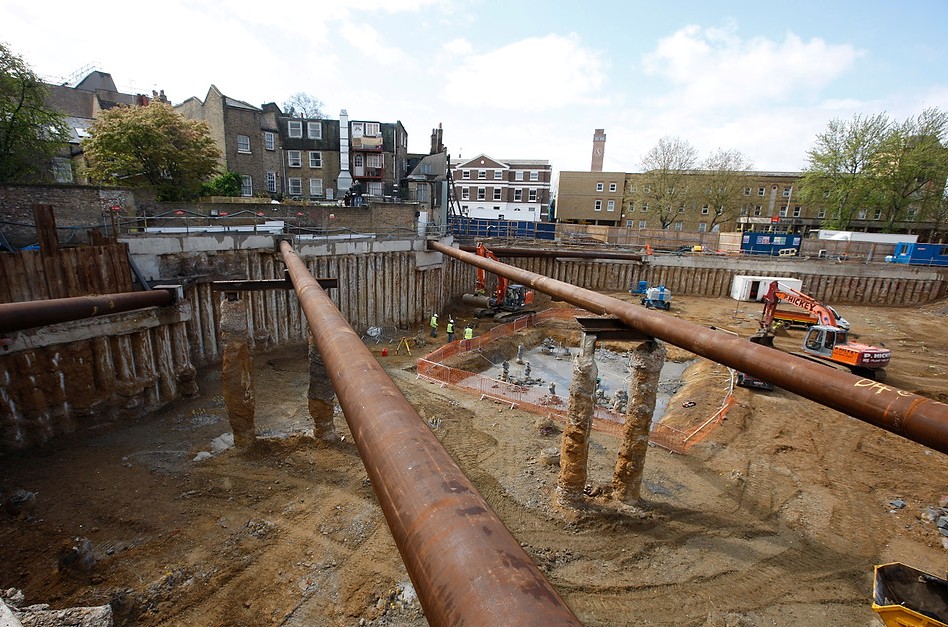 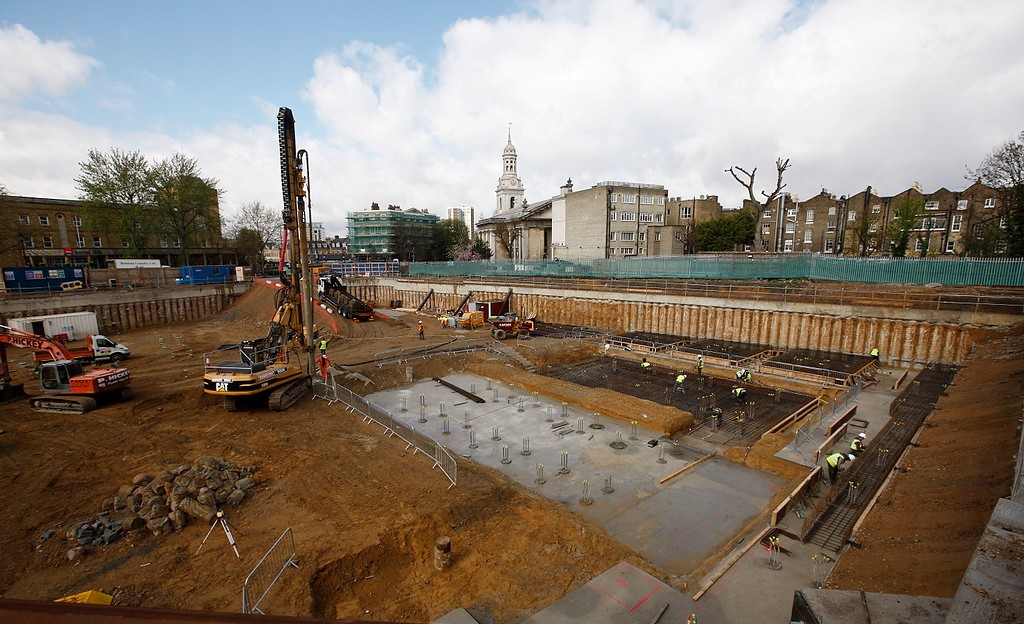 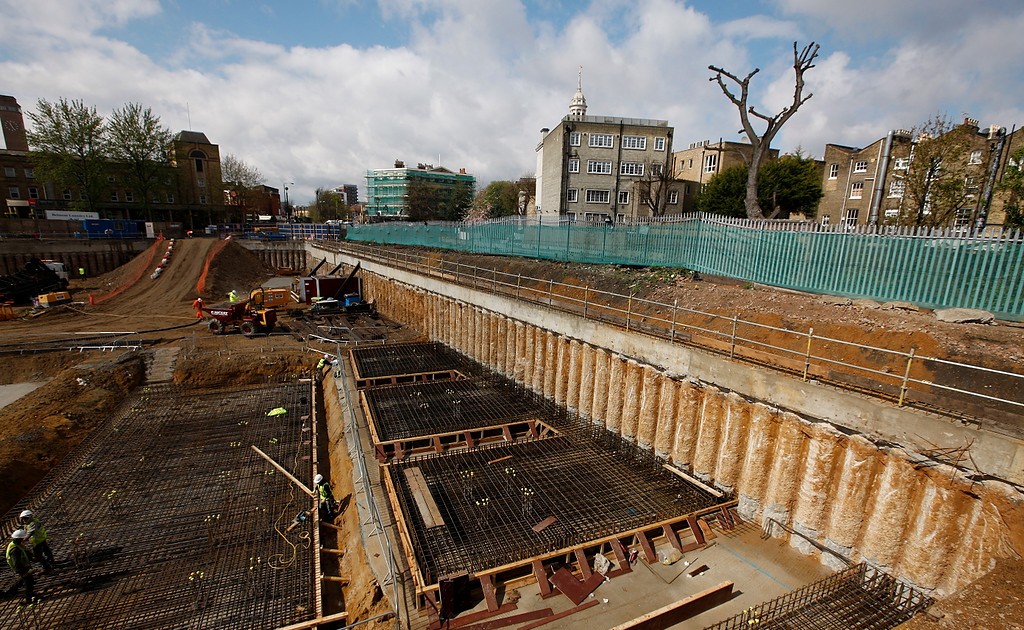 A contiguous piled wall and propping system was constructed to allow bulk excavation to formation level to allow the installation of load bearing piles for the New Architecture Building Basement at the University of Greenwich.

The site is situated amongst the Royal Museums of Greenwich which is also in close proximity of the recently re-launched Cutty Sark Museum. The site itself is surrounded by nearby buildings (two sides), a live Network Rail line and a busy live roadway.

DAWSON-WAM provided the design and all engineering supervision to complete the piling solution for the works. The 80m x 70m perimeter wall composed of over 350 no. 630mm diameter contiguous piles at 800mm centres to act as a temporary support to allow an excavation of up to 6.5m. Pile lengths varied from 14m to 11m; in some cases, these were installed within 0.2m of extremely close party walls and listed buildings.

Where the walls were in close proximity of surrounding buildings, they were propped between each other at capping beam level using a combination of UCs and CHSs. Only one level of propping was required in two corners of the site; this maximised the available area for bulk excavation to formation level which reduced overall construction time.

Due to the proposal for additional excavation for a lift core three raking props were connected to the capping beam and cast into thrust blocks below ground level in this area to limit deflections.

Throughout the piling and excavation processes DAWSON-WAM continuously monitored the movement/performance of the contiguous wall using fixed targets on the capping beam; movements were much less than what were predicted at design stage.