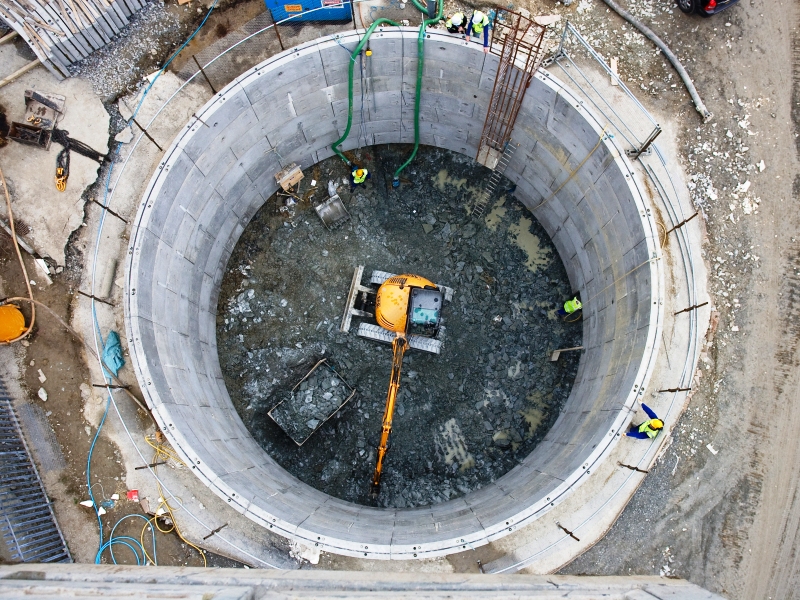 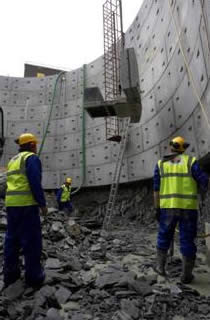 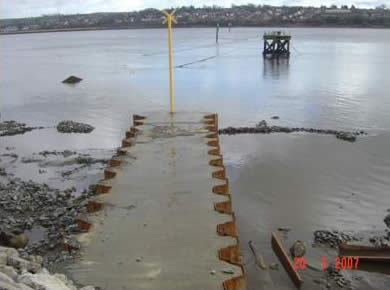 The new pumping station incorporating the pump shaft, the control building, and the outfall into Lough Foyle, was constructed by DAWSON-WAM at Pennyburn, Londonderry, NI.

As the terminal pumping station to the new waste water treatment works at Culmore, which was completed by DAWSON-WAM in a joint venture with Black and Veatch, the requirement of the new facility is to transfer combined sewage flows forward from approximately 70% of the Londonderry catchment area.

The design and build proposal for the new station involved producing a solution constrained by space restrictions within a very congested site.

The design team also worked closely with the local residents' group and the local council to ensure that the project resulted in the least environmental impact on the surrounding area.

A key element for the design of the shaft was the requirement to minimise the need for man access into the structure.

The pump shaft, which is 12.5m in diameter and 14m deep, was excavated manually from ground level at +5.4mOD, using excavators and rock breakers, with the cylindrical shaft wall being constructed from the top downwards in 1m depth rings, with pre-cast, engineered wall segments craned into the cavity.

The shaft houses both foul water pumps and storm water pumps. Incoming flows are diverted from the existing inlet structure through a new 1500mm inlet pipe at a depth of 8.5m.

The control building houses the high voltage ringmain and control equipment for the pumping system.

DAWSON-WAM also constructed the emergency storm outfall which takes the form of a 1050mm concrete pipe at 4m depth, transferring storm flows to a new discharge point some 50m out in the Foyle Estuary, which is a designated Special Area of Conservation (SAC) and an Area of Special Scientific Interest (ACCI). As an additional complication, this pipe was routed through a fully operational Shell Petroleum storage depot.

DAWSON-WAM is a framework contractor to DRD Water Services in Northern Ireland and has completed all civil works for this installation.