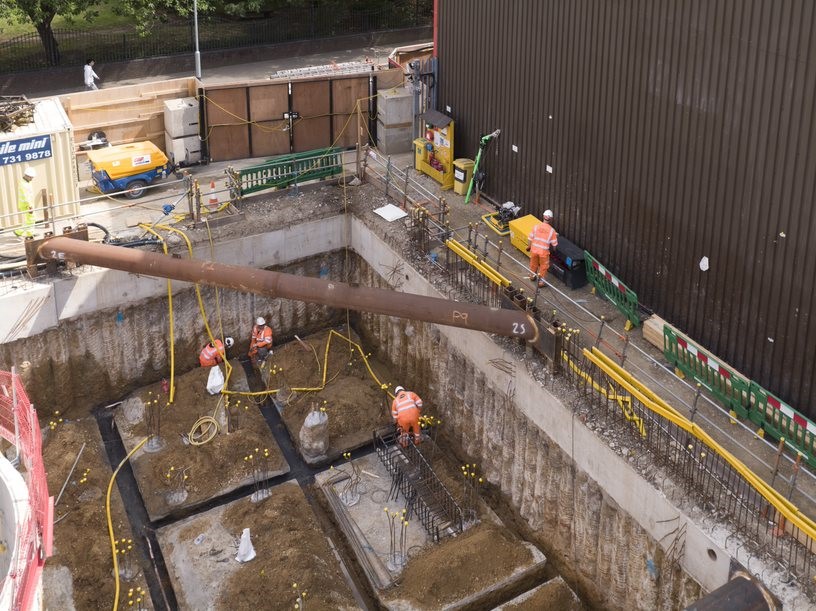 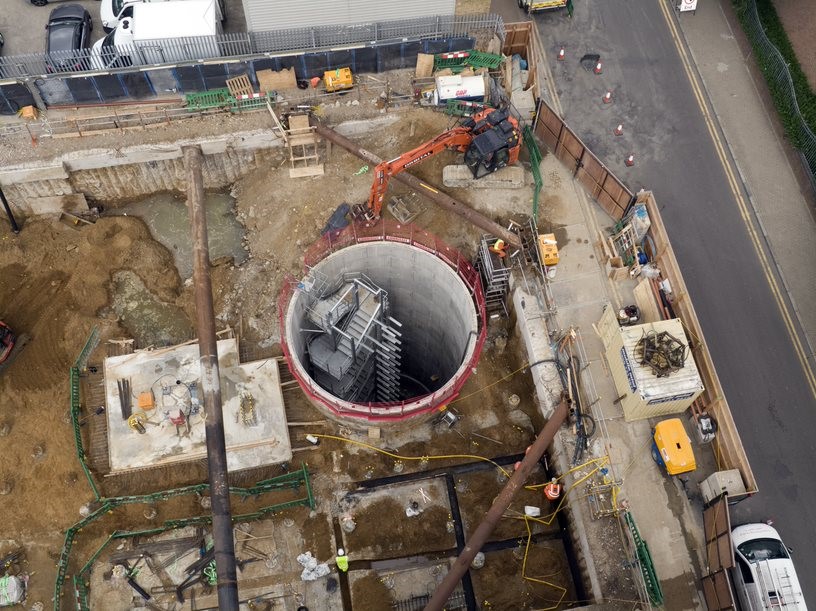 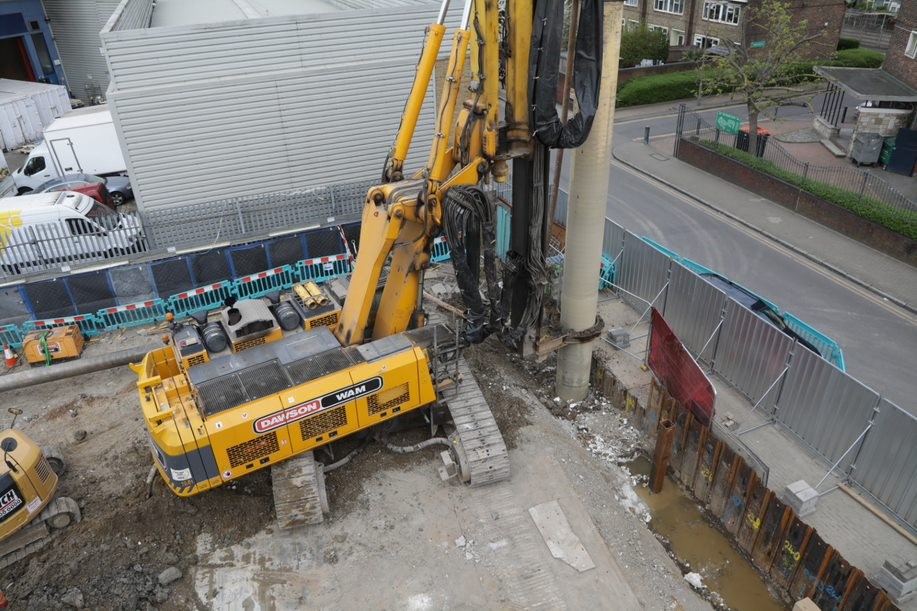 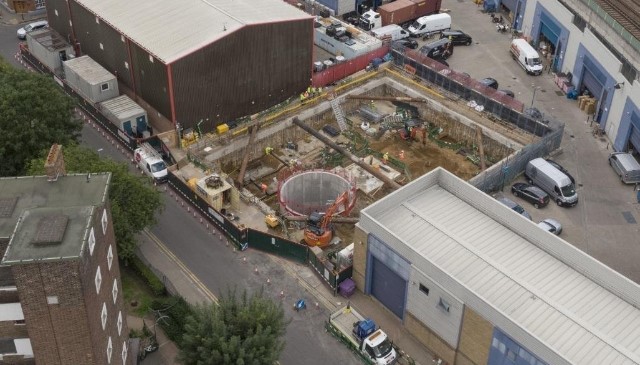 DAWSON-WAM were contracted by Amec Foster Wheeler to construct a new secant wall, load bearing piles, capping beam and temporary works for the UK Power Network 132KV substation basement project in Nine Elms, London. This substation will facilitate the development of new planning proposals in the Vauxhall, Nine Elms, and Battersea areas on the south bank of the Thames. This substation will facilitate 16,000 new homes, an extension to the London Underground Northern Line, and regeneration of Battersea Power Station.

The site had an existing 22m deep shaft in the North East corner, this required a temporary works design to allow the rig to sit on top of the shaft. It was decided that 500mm thick steel mats would be placed over the shaft to support the force that the rig would exert.  The site was bounded on the South and North by two adjacent buildings. To the East the site was bounded by busy roads and a railway to the West.

In all over 100lm of 450mm diameter secant walls, and a small number of 900mm, were installed with piles ranging in length up to 22.5m. Hard/Hard secant walls were installed using DAWSON-WAM’s Cased CFA System mounted on an RTG 25S piling rig and were installed extremely close to adjacent structures to very strict vertical tolerances of over 1:200.

DAWSON-WAM also installed over 100nr CFA load bearing piles of 450mm and 630mm diameter and to depth of over 22m. Reinforcement was pushed down to cut off level to assist the following trades in breaking down the piles. All piles were integrity tested and 3 static load tests were completed and performed extremely well.

Ground conditions were of typical London stratigraphy of made ground above saturated river terraced gravels and stiff London Clay.

All DAWSON-WAM works were completed in close proximity to sensitive neighboring assets, including a Network Rail line and a Thames Water trunk main