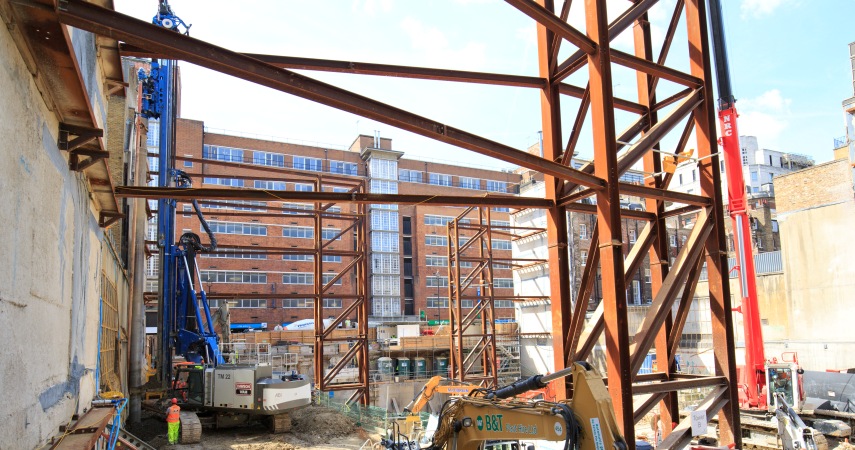 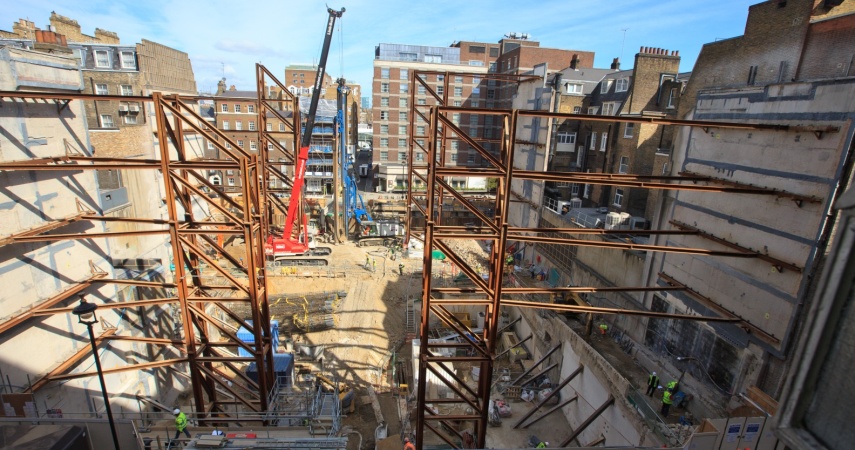 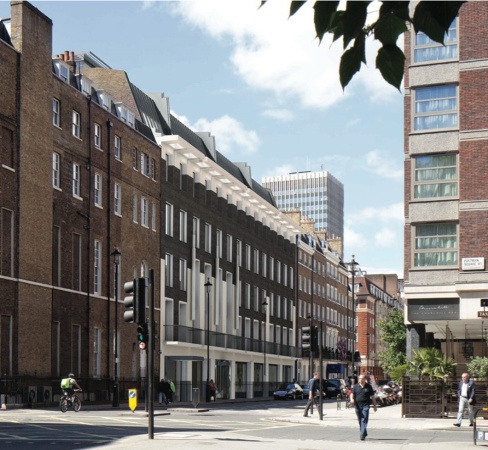 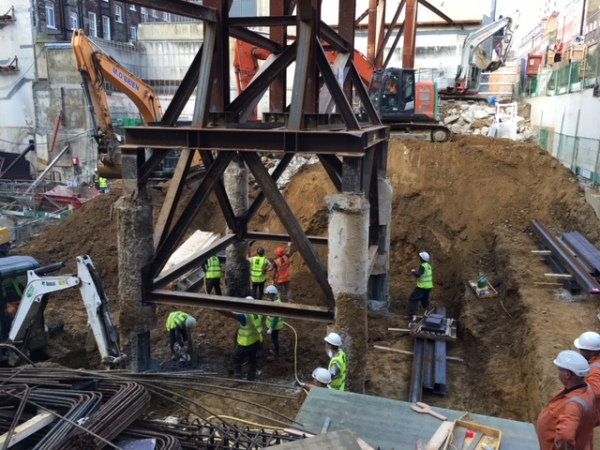 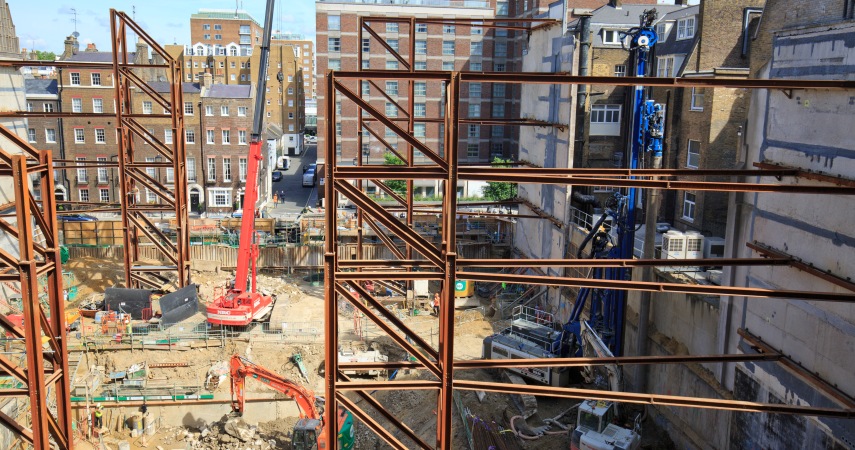 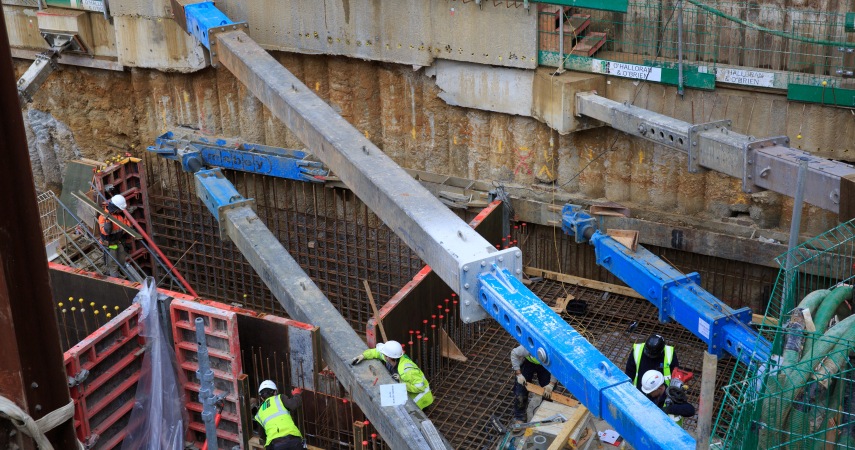 DAWSON-WAM was contracted by Galliford Try to construct new secant walls and load bearing piles within an existing basement to transform a former police headquarters into a modern mixed use development.

The existing basement covered the full extent of the site footprint, approximately 45m by 55m, which was split over 2 levels with the original building being supported on a raft foundation.  The site was bounded on the East and West by two adjacent buildings whose gables were supported within the site by façade retention towers. To the North and South the site was bounded by busy roads.

The new development required the existing basement to be extended to a uniform level, 7m below existing ground level and the new building was to be founded on load bearing piles.

DAWSON-WAM also installed over 300nr CFA load bearing piles of 525mm diameter and to depth of over 21m. CFA piles were installed with the same equipment used to install the Cased CFA piles, using a summation device to lock the drives together and producing 150kN/m of torque. Reinforcement was pushed down to cut off level to assist the following trades in breaking down the piles. All piles were integrity tested and 3 static load tests were completed and performed extremely well.

As part of the works 8nr 21m long plunge column piles were installed around 2 of the 4 façade retention towers. The load from the façade towers were transferred onto these piles to allow the existing basement slab to be removed.

All the works were completed in very tight existing basement site conditions, working alongside multiple other trades and in close proximity to noise and vibration sensitive neighbours. This meant that logistics had to be coordinated continually and DAWSON-WAM used an innovative concrete delivery system to minimise the time concrete lorries waited on the adjacent roads but also minimising the footprint of the concrete delivery system. A concrete agitator was place at road level with an adjacent concrete pump placed 3m below in the basement. The controls for the agitator were modified to allow operation from the basement level.