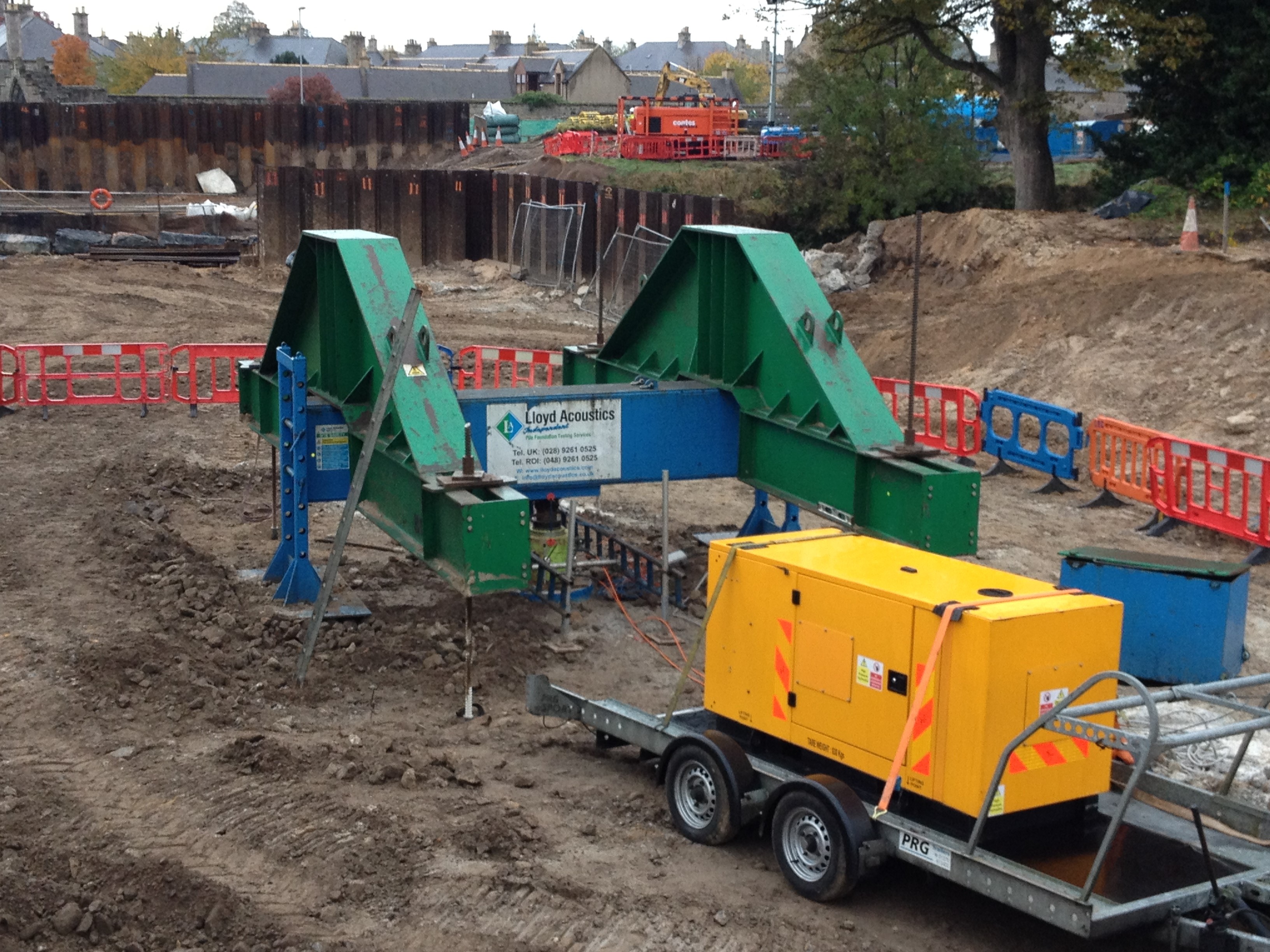 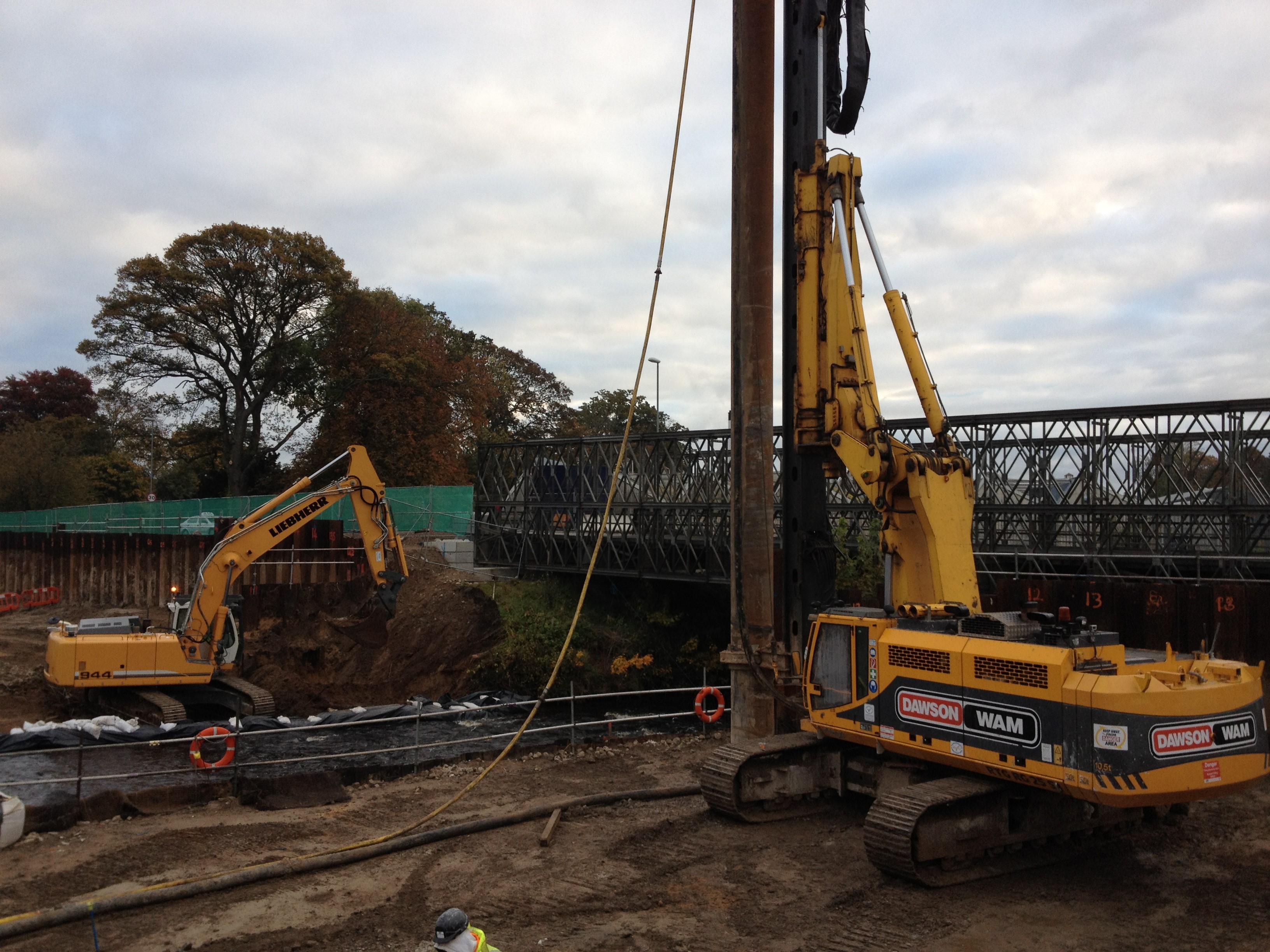 DAWSON-WAM was contracted by Morrison Construction to design and construct the foundations for the New Pansport Bridge in Elgin which was to be the feature structure in the £48 million Elgin Flood Alleviation Scheme.

In total, 56no. piles, 850mm in diameter and up to 17.5m long were installed either side of the river into the strong sandstone bedrock. The project was made more difficult due to the differing ground conditions which composed mostly of very dense sands and gravels with intermittent layers of limestone, flintstone cobbles, sandstone boulders and sandstone bedrock.

Both Royal Haskoning and Morrison Construction were very concerned with regard to piling in such varying ground conditions and the potential to destabilise the surrounding ground with conventional open auger techniques. DAWSON WAM utilised their Cased CFA System to overcome the rock and boulder obstruction whilst protecting the sides of the bore against flighting. This solution offered considerable cost and time savings over other techniques proposed.

The works were complete under strict environmental conditions and DAWSON-WAM were commended for their efforts to protect the environment. As part of our undertaking we ensured that 100% of the plant used on site ran on biodegradable hydraulic oil.

As part of the works DAWSON-WAM complete two static load tests up to a maximum load of 3,500kN and every pile was sonic integrity tested.