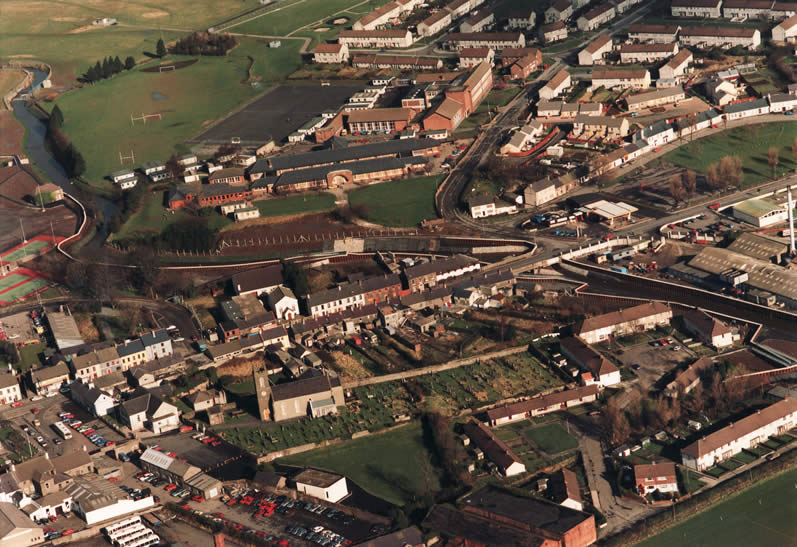 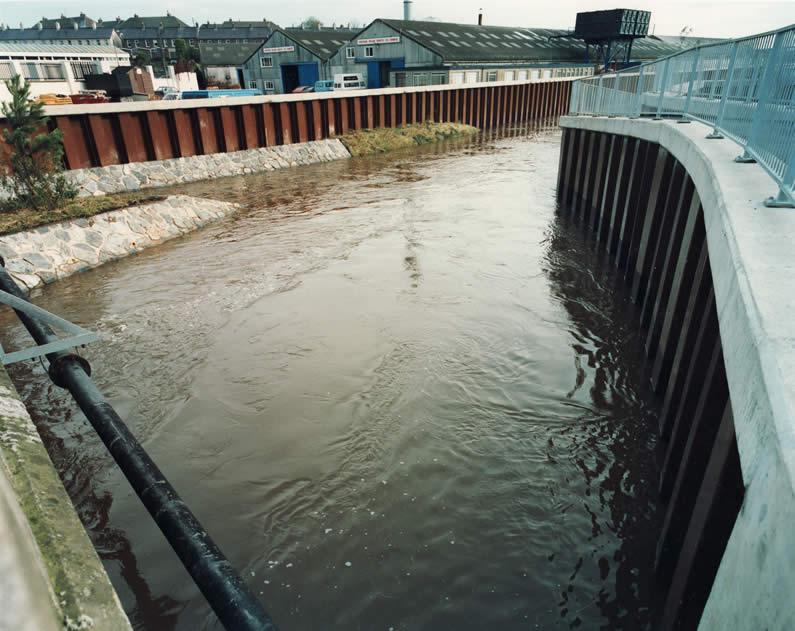 The provision of flood protection to the low lying urban area of Comber, Co.Down. This area had been subjected to repeated severe flooding from the Enler/Comber River which flows through the town.

The supply and driving of some 1,350 tonnes of steel sheet piling in flood walls to both banks, and the construction of earth embankments totalling some 12,000 cu.metres including over 7,000 cu.metres of imported clay fill, to contain the watercourse as it passed through both residential and industrial areas.

The regrading of the river channel, including the provision of some 7,000 square metres of bank protection using both geotextiles and stone pitching.

The construction in reinforced concrete of a flood relief culvert, two footbridges over tributaries, the abutments for a third foot-bridge across the main river and capping beams to sheetpile walls.

These latter works involved the provision and placing of some 560 cu. Metres of concrete and 38 tonnes of reinforcing steel.

The supply and laying of some 3,000 metres of pipes, varying in diameter from 1050mm to 150mm, in storm and foul sewer replacements and diversions, together with the construction of over 80 insitu concrete manholes.

The construction of a riverside walkway with access ramps over the flood walls.

Special temporary works included the provision of a Bailey Bridge to maintain 2-way traffic along Bridge Street during the construction of the flood relief culvert.

A variation order added the reconstruction of a section of Bridge Street to the contract. This work consisted of the regrading of some 1,500 sq.m of road and footpaths, together with associated drainage works.