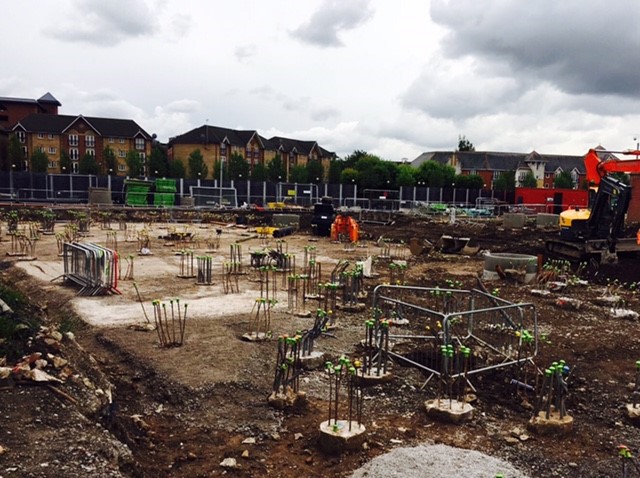 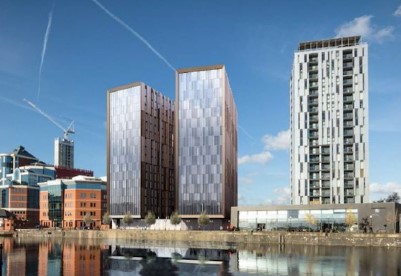 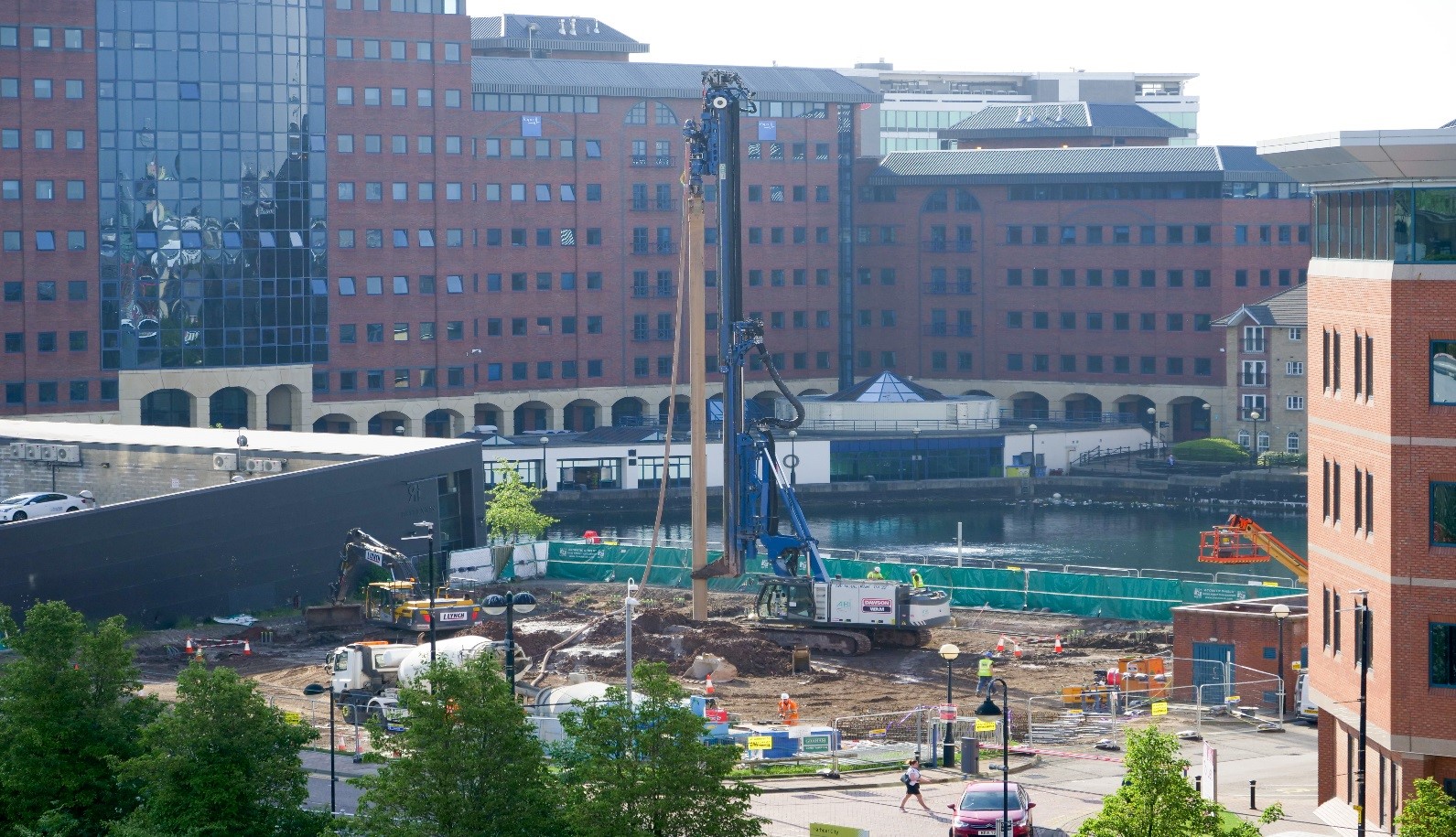 DAWSON-WAM Ltd received the contract award from Graham Construction to design and install the load bearing piles for the two linked 16 storey blocks of flats at the Erie Basin site in Salford Quays.

The piling works entailed the installation of 273nr 525mm diameter Cased CFA bored concrete piles up to 17.4mtrs into varying stratum consisting of made ground, saturated gravels, silts/clays and dense sandstone. Testing of the piles consisted of 2nr static load tests carried out on working piles along with integrity testing of all the piles. The static load test piles were installed and tested at an early stage of the contract to allow the groundwork contractor to progress with the base slab construction.

A sub-station located on site and live services present along the Western and Northern boundaries of the site meant that Dawson WAM’s Double Drive Cased CFA system was adopted to reduce ground movement, flighting and reduce vibrations. As well as a drilling/coring aid, the casing of the Double Drive Cased CFA system also protects the bore from the potential issue of ‘flighting.’ This installation method provided reassurance for party wall surveyors and UKPN Asset management teams when obtaining approvals for the installation of piles in close proximity to buildings and the live sub-station building. Constant vibration monitoring was in place from the beginning of the works.

The Erie Basin site located at the water’s edge of Salfords shipping canals came with its challenges for the team. Graham Construction, Design ID and Dawson WAM worked collectively on a daily basis to deliver the job given the challenges of the site containing an array of unknown underground obstructions.