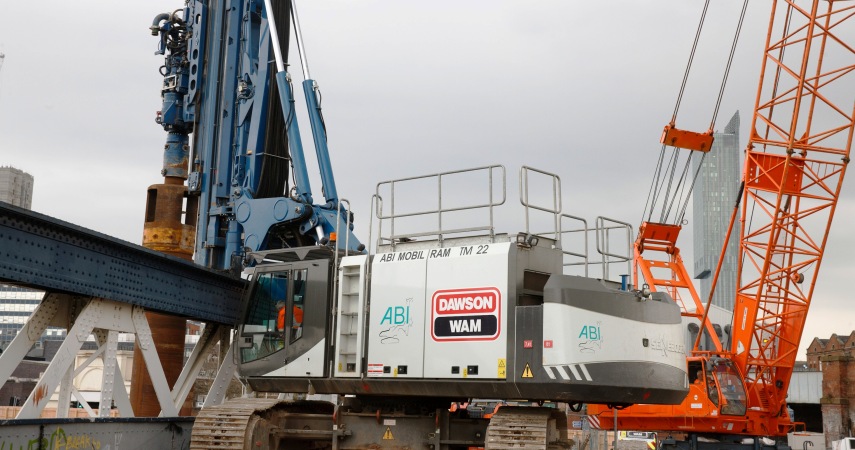 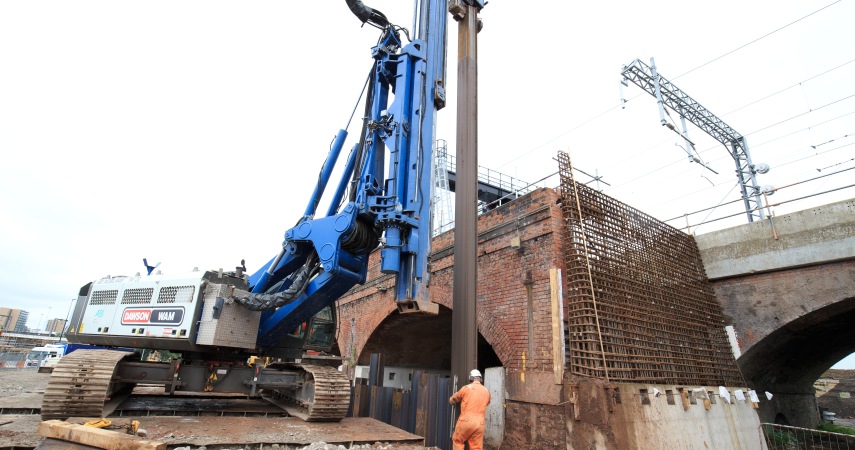 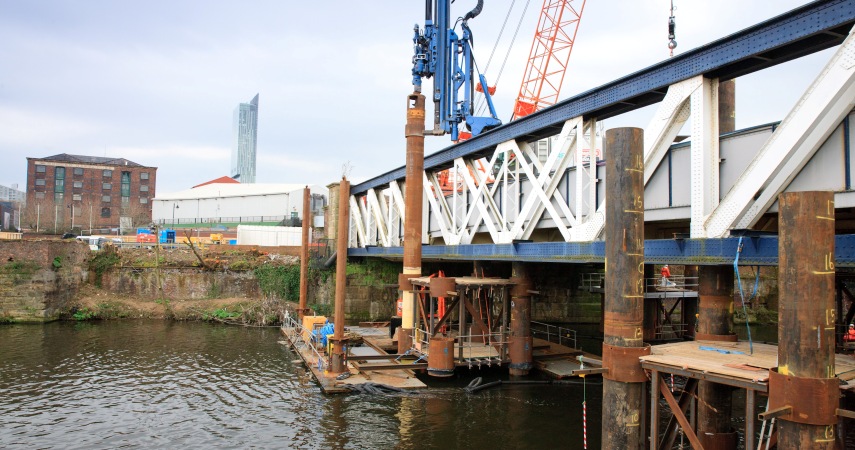 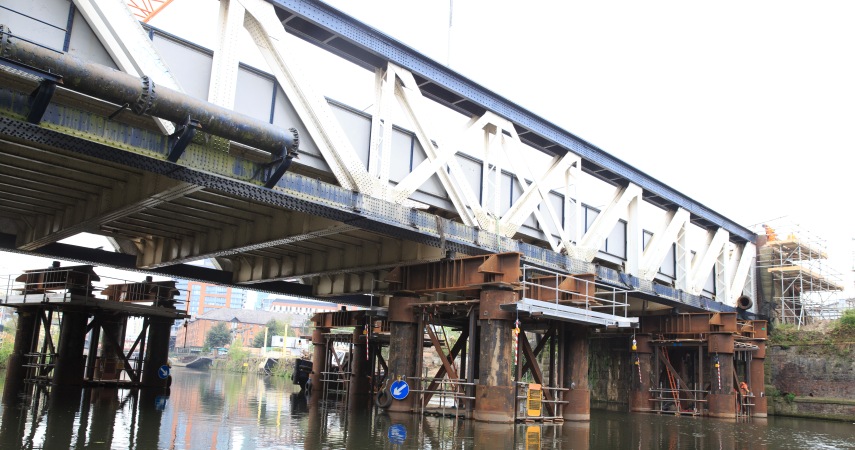 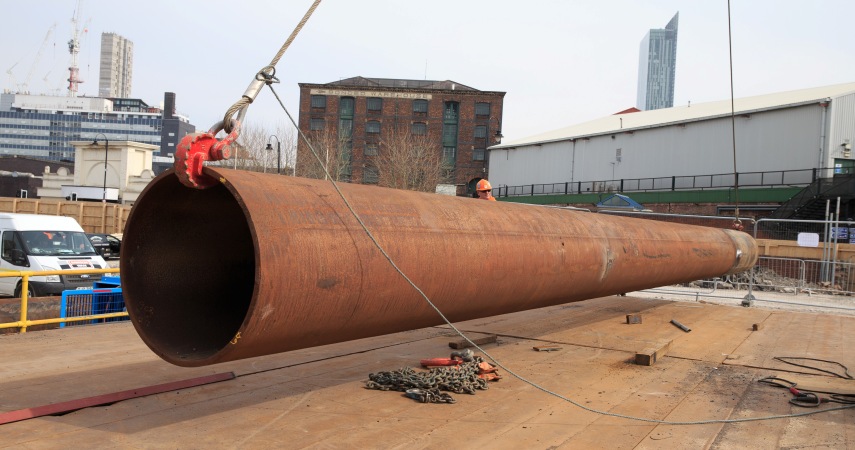 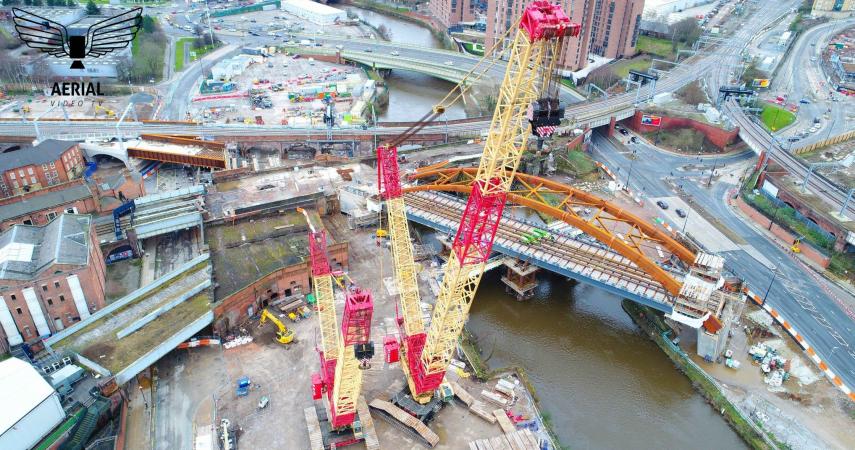 DAWSON-WAM was contracted by Skanska Bam jv ( part of the Northern Hub Alliance working for Network Rail) to assist with developing the design and then construct temporary steel frames and bearing piles to support the removal of Princes Bridge over the River Irwell in central Manchester.

The works involved the assembly of the frames on site and positioning on floating plant under the riveted support girders of the bridge at 4 locations. DWL used one of its powerful TM22 rigs to drill 900mm dia. rock sockets in into the river bed, in two locations through the bridge and two locations beyond the bridge parapet, in four places. 908mm dia steel piles were then vibrated by the rig and then driven by crane suspended impact hammer to a set to prove in general an individual pile capacity of around 500 tonnes.

As well as providing support for the demolition/removal of the old bridge, the piles are required to temporarily support the construction of the new Network Rail bridge which will eventually span the river at this location. On completion of each group of 4 piles (16nr in total), the steel frame was raised and welded into final position.

Capping plates, spreader beams and hydraulic jacks were installed to transfer the loads to the piles and frames, the final task being to grout between the frame tubular sleeves and the bearing piles.

The works involved collaborative working with the client to develop the safest and most effective methodology over a period of approx. 3 months before going to site in February with the works being completed at the end of May 2016.