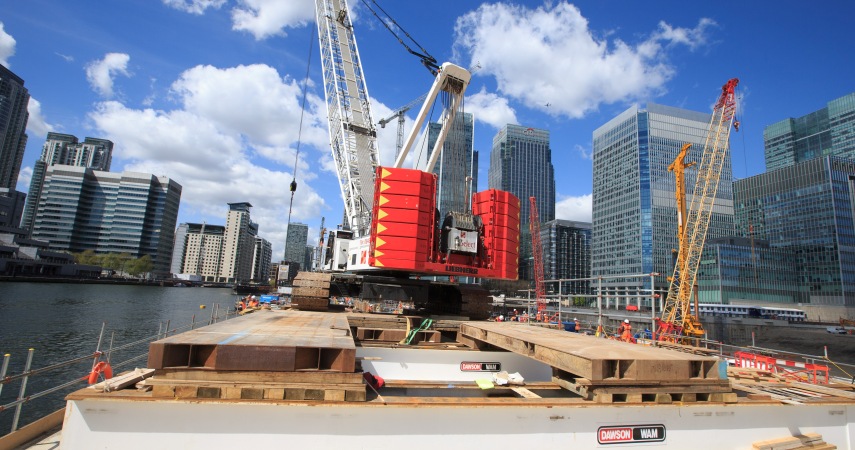 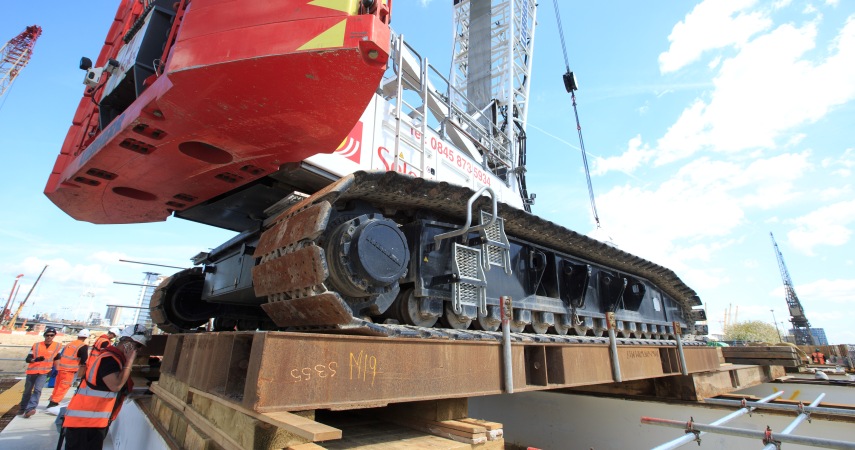 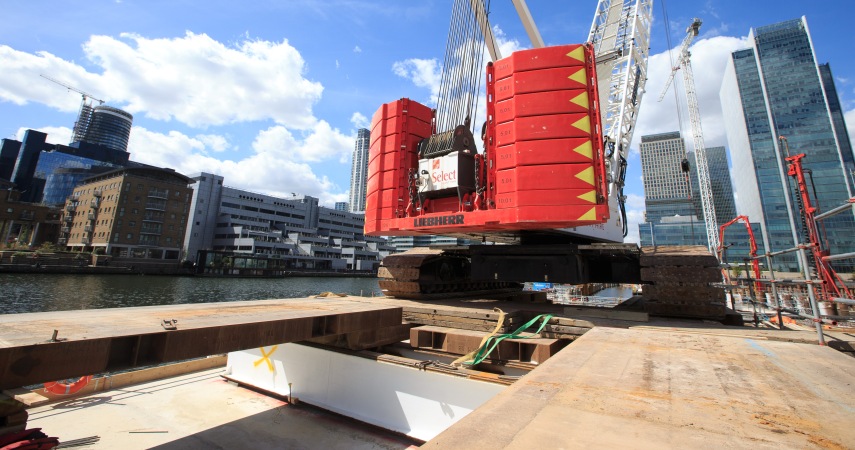 DAWSON-WAM was contracted to design and supply a steel deck system to support a 250 tonne Liebherr crane to allow it to construct a concrete Marine deck over new piles formed for Expanded Limited’s Marine Deck Contract at Wood Wharf within the Canary Wharf complex. A number of strengthened 9m, 12m and 15m Twin 914UB Bridge beams were used to span between pile positions.

The crane traversed forwards to construct the deck supported on DWL’s proprietary Steel Deck mats (305mm deep weighing approx. 5.5 tonnes each) spanning at 90 degrees to the beam positions. The mats (6.5m long) were lapped at the beam centres (approx. 5m) and infilled in between with timber mats to allow the crane to track forward as required.

The preparatory works were completed at DWL’s fabrication facilities in Bedfordshire and Co Down, N Ireland to a fast track programme for delivery to site during April 2016 for assembly and movement forward by Expanded.