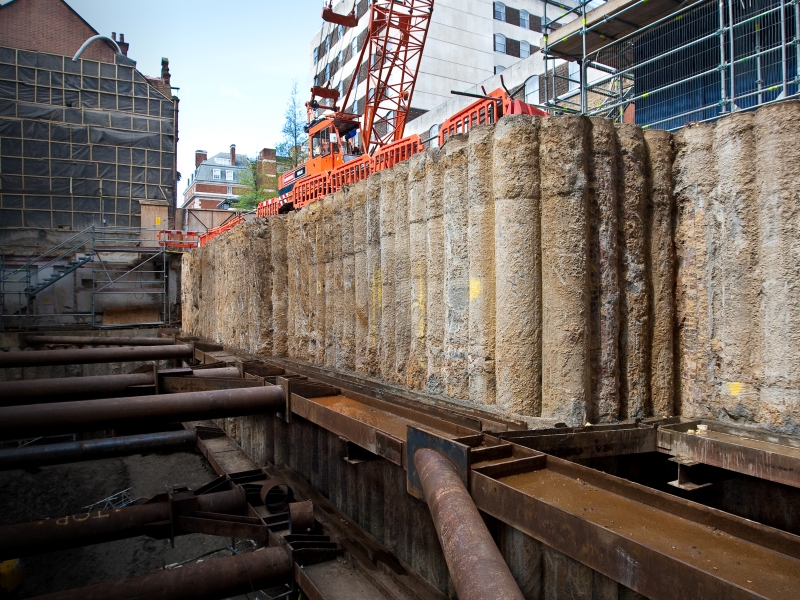 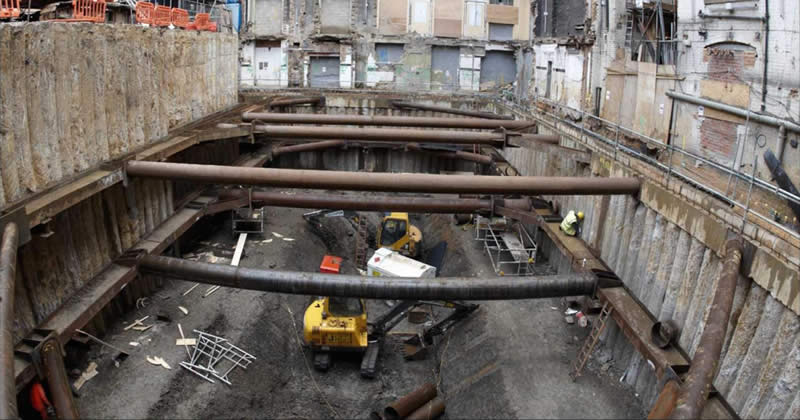 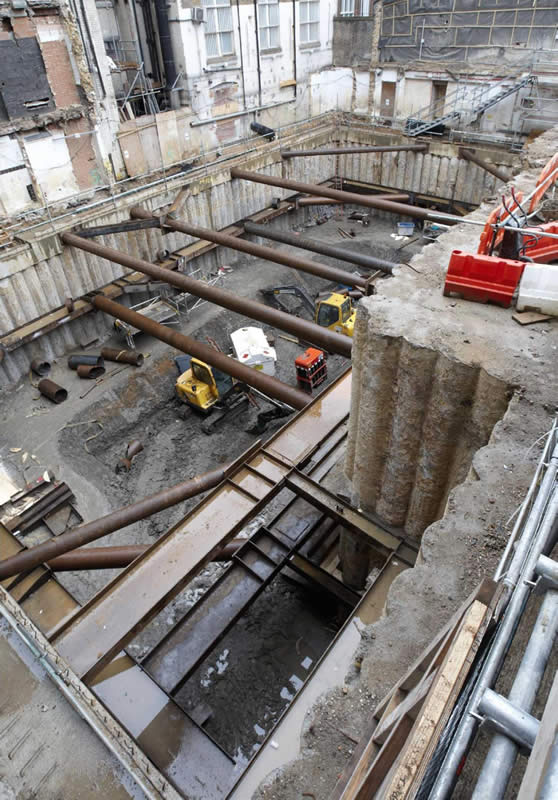 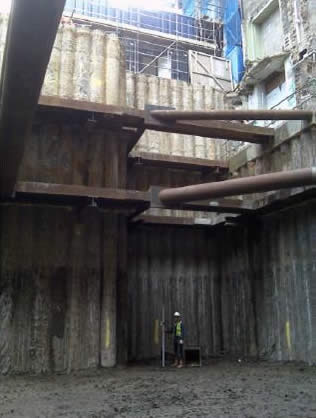 The Connaught Hotel is one of London's most celebrated luxury five star hotels situated in the quiet and exclusive Carlos Place, Mayfair. The West Wing extension to the rear of the original hotel with contractor access from the narrow Adams Row is being built to nine storeys above ground level with three levels of basement. It is being constructed within a 12m deep basement formed using a hard/hard secant wall installed by DAWSON-WAM using their double drive cased auger Bauer RTG25 piling rig. Piles were installed to depths of up to 23m.

Secant wall installation totals approximately 100 linear metres over four sides of the site utilising DAWSON-WAM’s cased CFA system to install a hard/hard 600mm diameter secant wall at500mm centres. All piles are steel cage reinforced and piles were installed very close to the existing hotel building on 3 sides, working to within 1 m or less of the existing facade. Piles are installed at depths up to 23m to carry vertical load in the permanent condition and the excavated basement depth is 12m.

Piles on the Adams Row road side (4th side) were drilled through existing vaults using the Bauer RTG25 rig's double drive auger motor, which was able to break up the hard material utilising the dual action of the internal cased CFA auger in conjunction with it's rock head and the cutting ring on the external casing.

DAWSON-WAM designed and installed the propping system in addition to piling operations. Propping was installed over two visits to site as excavation proceeded and was removed as the basement structure was completed by the main contractor. Basement movements were monitored and found to be lower than predicted in the design. Ground conditions consisted of made ground overlying sands and gravels to approximately 3.5m depth and the remainder of the strata consisted of firm to stiff London Clay becoming very stiff. Further to this piling works were completed within the strict noise and vibration limits for Westminster Council.