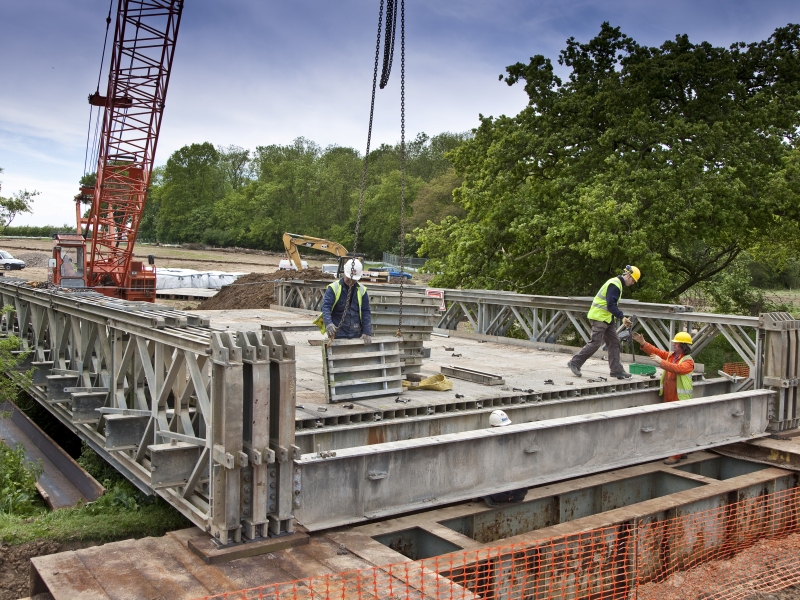 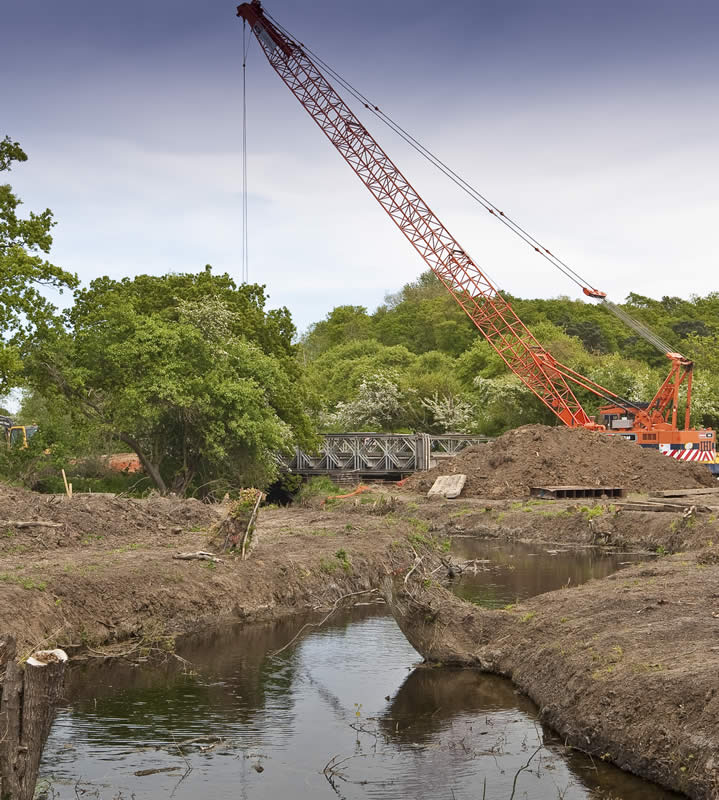 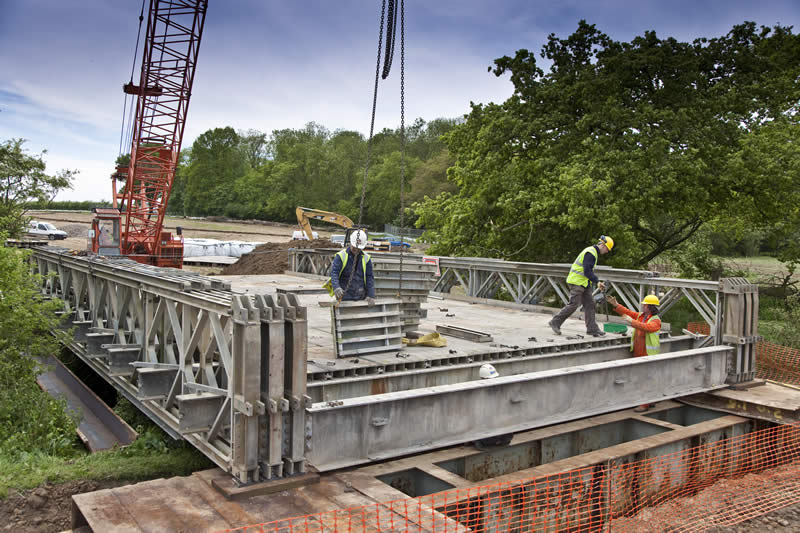 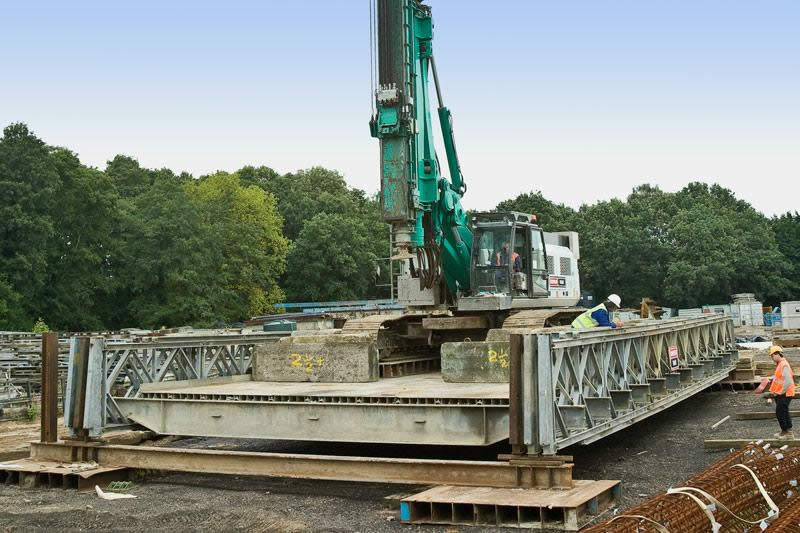 DAWSON-WAM owns as part of its bridging stocks some 120m of triple reinforced ACROW bridge. The bridge can be made up to form spans of various lengths with a fixed clear width of 7.23m

The picture shows a 120t test carried out on an 18m span of bridge in our yard in Luton Bedfordshire. The deflection noted at the centre span between loaded and unloaded conditions was &tl;10mm.