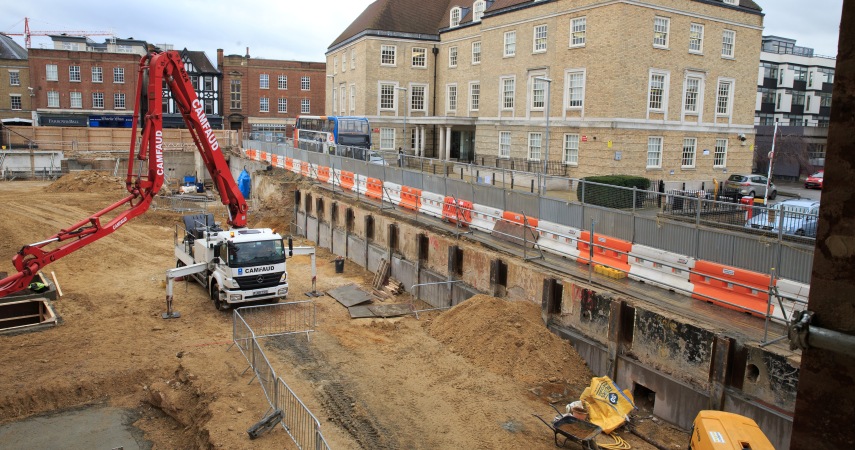 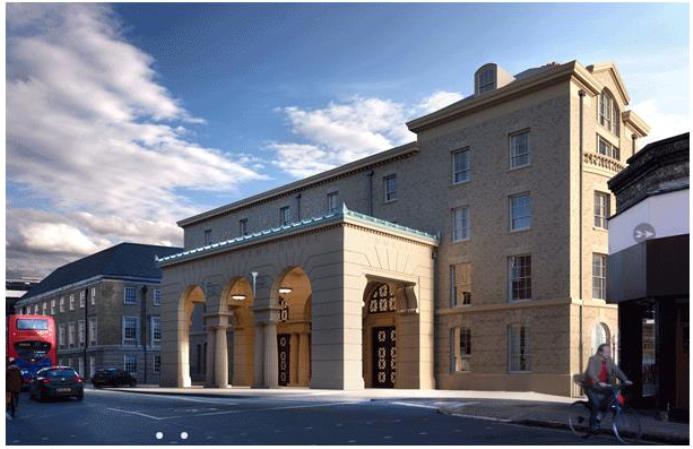 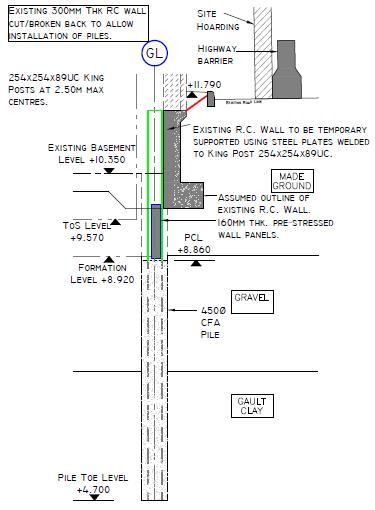 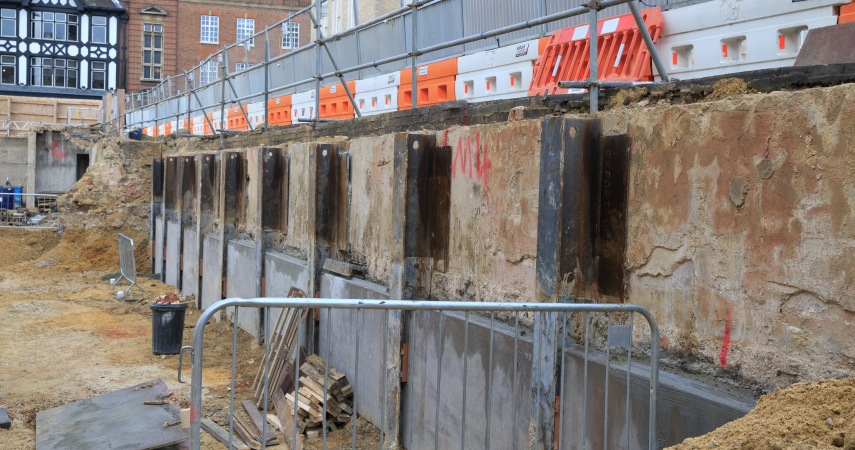 DAWSON-WAM was contracted by RG Carter to design and construct a king post retaining wall to extend the depth of an existing basement to all substantial modernisation of the University Arms in Cambridge.

Commission in 1830, Cambridge’s oldest hotel, the University Arms has grown and evolved in line with Cambridge’s expansion as a City. Overlooking Parker’s Piece the revitalised hotel is now set to continue to contribute to Cambridge’s history for years to come.

The works to the hotel involved the substantial demolition and rebuilding of the hotel, significant façade retention to listed Southern exterior and increasing the depth of the existing half storey basement by 1.5m.

Due to the extent and sensitive nature of services running along the road to the Northern extent of the site it was decided that it was impractical to remove the existing basement retaining wall. As such a strategy had to be developed to allow the existing wall to remain in place, to allow the basement to be deepened by 1.5m and to maximise the footprint of the basement.

In total 40m of king post wall was installed with King Posts at 2.5m centres. King posts were formed using a cased CFA system to install concrete piles into the ground. Steel beam sections were then installed into the wet piles to tight tolerances. Finally precast panels were delivered and installed in a sequenced method to ensure the stability of the existing wall was maintained at all times.