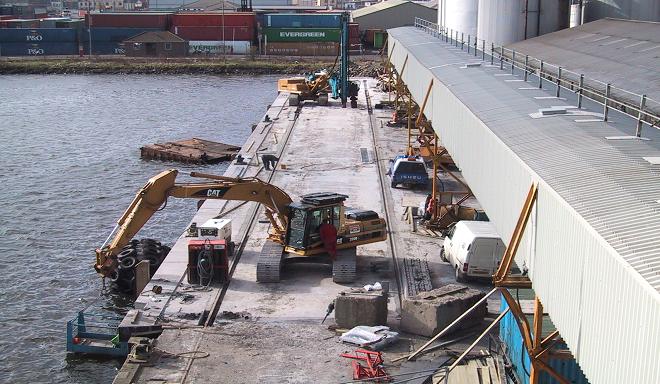 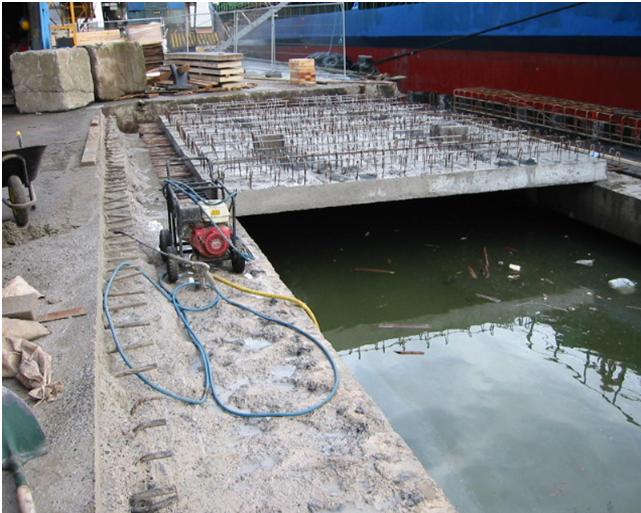 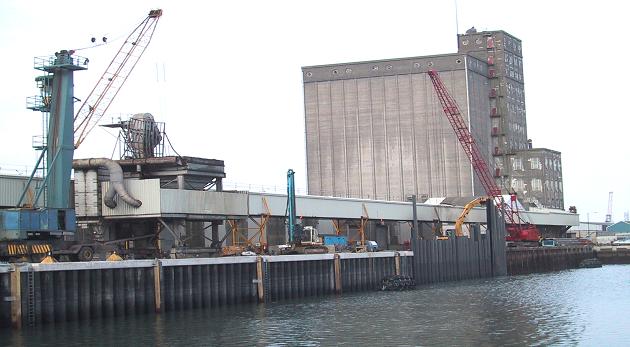 DAWSON-WAM Ltd completed works for Belfast Harbour Commissioners at Barnett Dock, Belfast through a competitive tendering process. The work involved the replacement of the existing quay wall with a new sheet piled wall, 200m in length. The work was to be completed in two phases such that the quay could remain operational throughout.

The work was awarded on the basis of an alternative method of construction removing the requirement for hydro demolition and offering a saving to the Client of £150,000.

The provision and driving of some 4800m2 of 23m long Larssen LX32 sheet piles along some 200 metres of the existing dock wall.

The break out and removal from site of the outer section of existing concrete deck structure.

The careful break out of the existing crane rails from the deck and their storage for reuse.

The construction of a new deck using precast concrete panels and an insitu concrete capping beam and cover slab, including the installation of the refurbished crane rails.

Timber fender piles were finally driven and secured to the new coping beam at 15m intervals.

The works were carried out in two distinct phases to maintain the operational status of the dock. Ships continued to dock and unload cargo without interruption throughout the contract.

Services to the existing dock had to be temporarily diverted, in order to maintain continuity of facilities for shipping, and were subsequently reinstated into the new construction.

Ancillary works included the provision and fitting of access ladders and mooring bollards to the new quay walls.