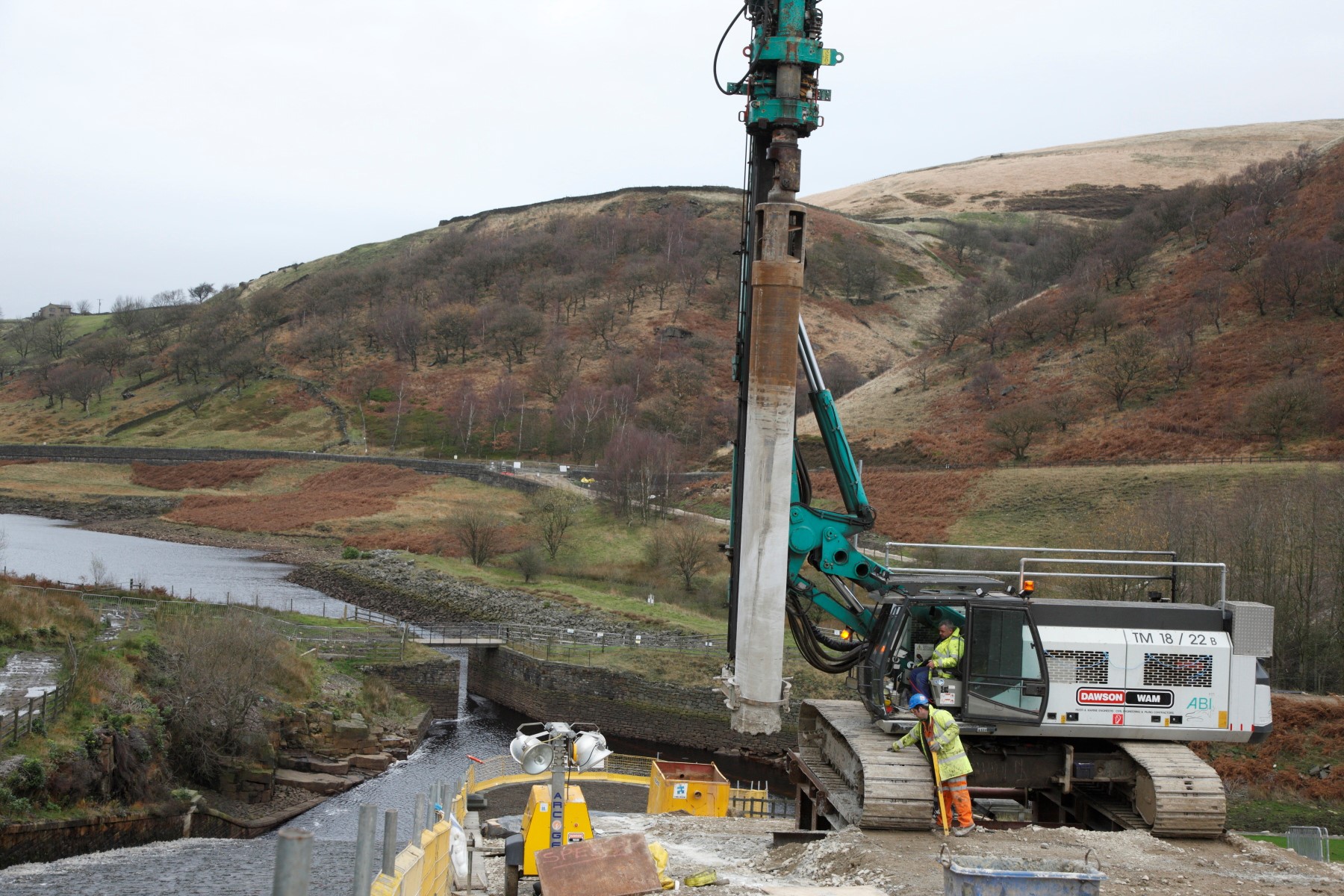 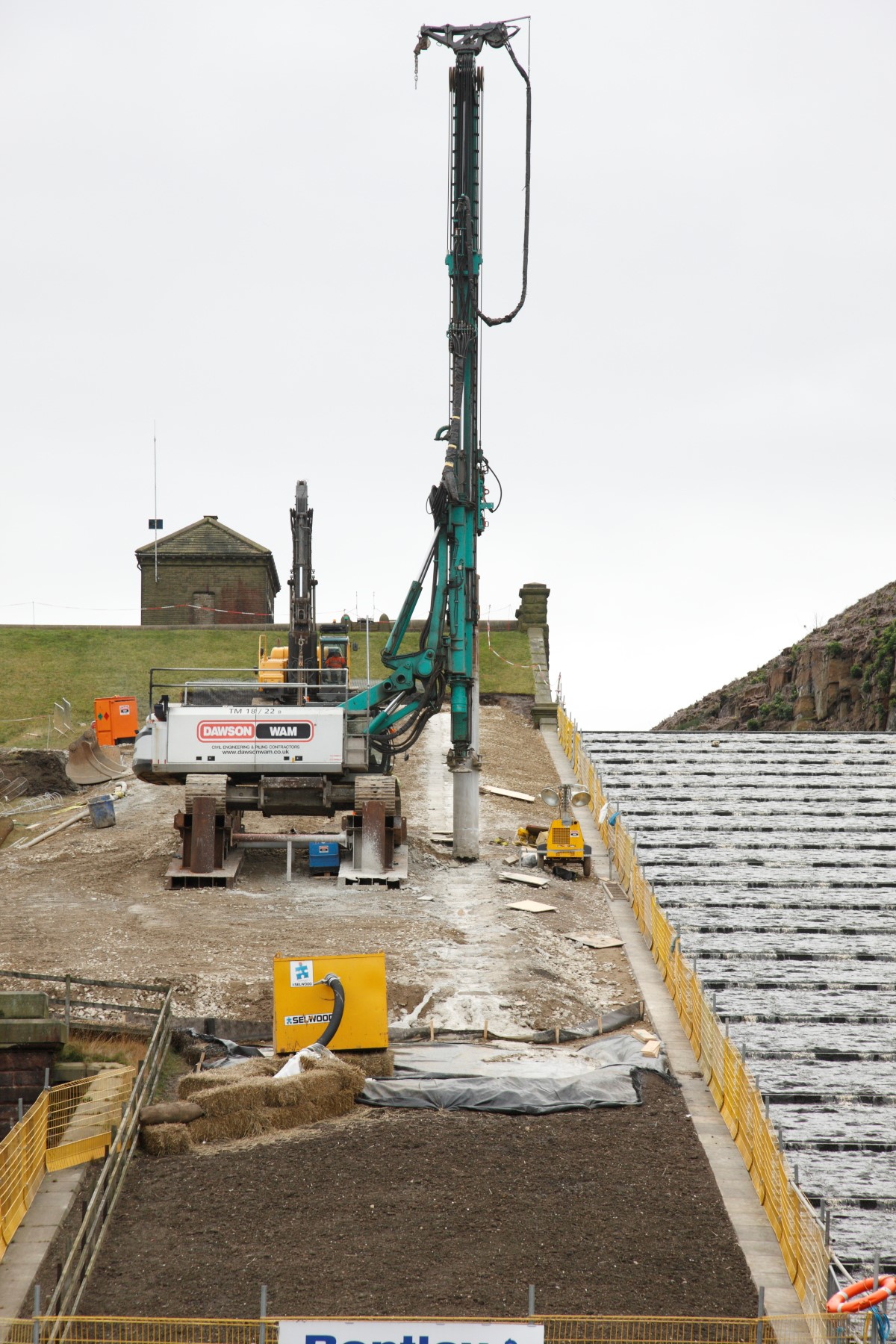 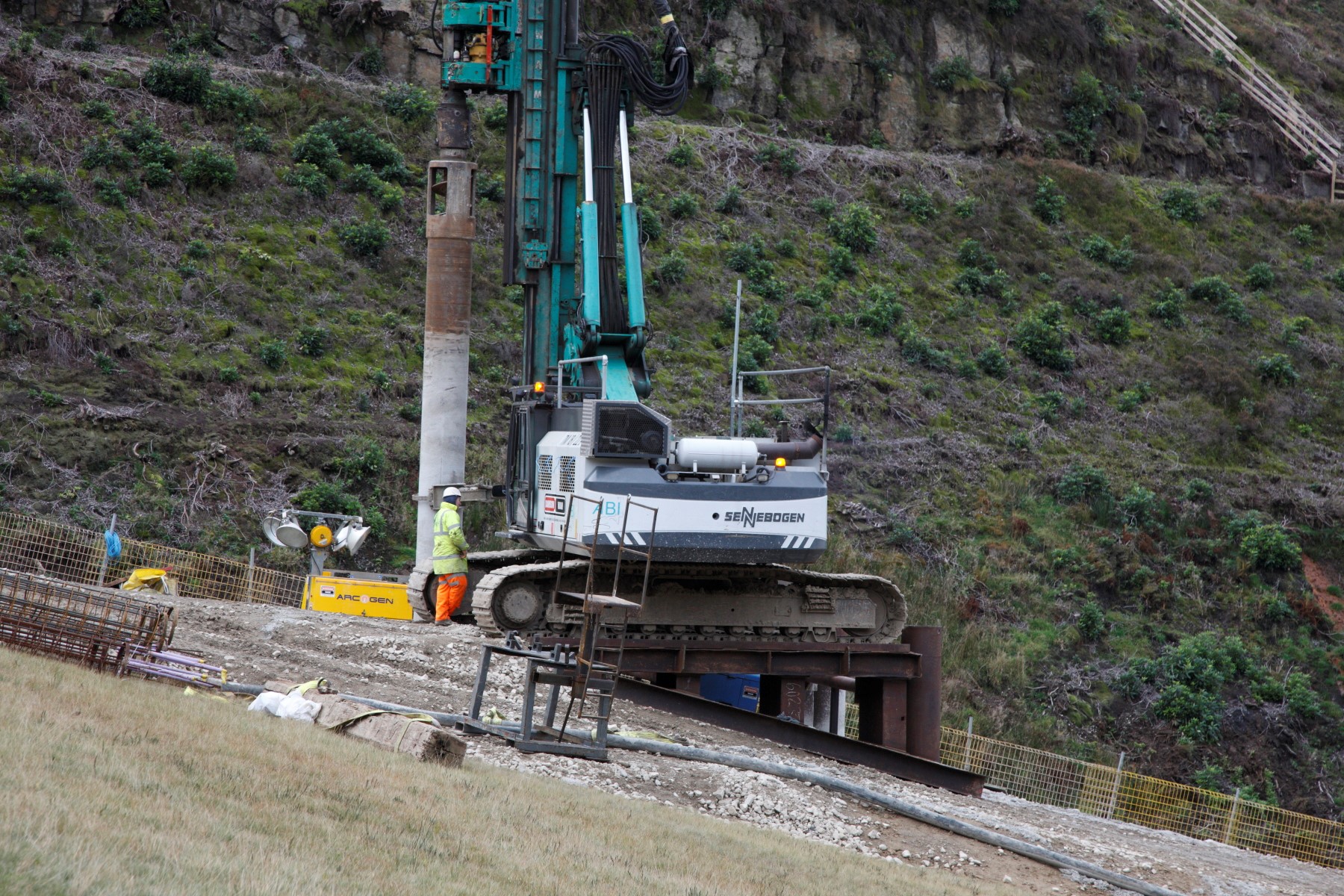 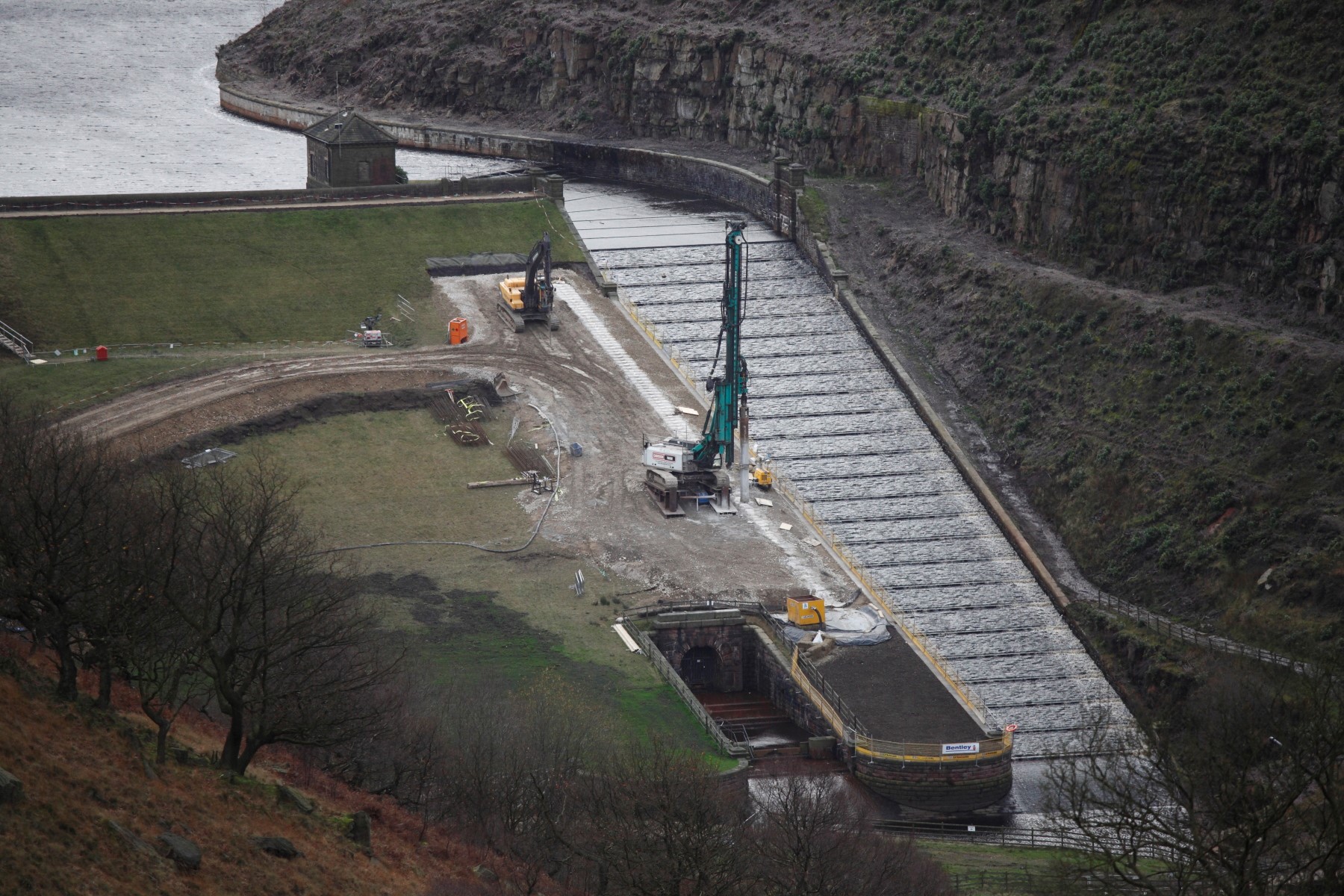 The works involved the installation of 120nr 630mm diameter Cased CFA secant piles. DAWSON-WAM was contracted by MMB to carry out the piling works on a 1 in 4 slope on the downstream face of an existing dam and spillway. Piles were installed to depths of 6m into the underlying mudstone to form a cut off wall to prevent failure of the dam in the event of a catastrophic of the overflow structure.

The site is within Marsden Moor which is an Area of Special Scientific Interest, International Special Protection Area and a candidate Special Area of Conservation. Also as the work was adjacent and upstream of a fresh water reservoir DAWSON-WAM employed a strict and robust environmental plan which included the use of biodegradable oil, various levels and measures for catching accidental spills and a significant planning and monitoring regime.

As the works were completed on a slope of 1 in 4, DAWSON-WAM proposed a novel ramp system designed and fabricated in house. This allowed for the piling rig to work on a level platform to install the piles and the rig and ramp were derigged and moved upslope as works progressed. The ramp system was pinned at the top by two temporary ground anchors at each set up.

Works were completed on the operational reservoir and spillway and access to the monitoring station had to be maintained at all times.

The project was completed to the agreed budget and was 1 week over the agreed timescales by 1 week due to heavy snowfall causing unsafe working conditions on the steep slope.