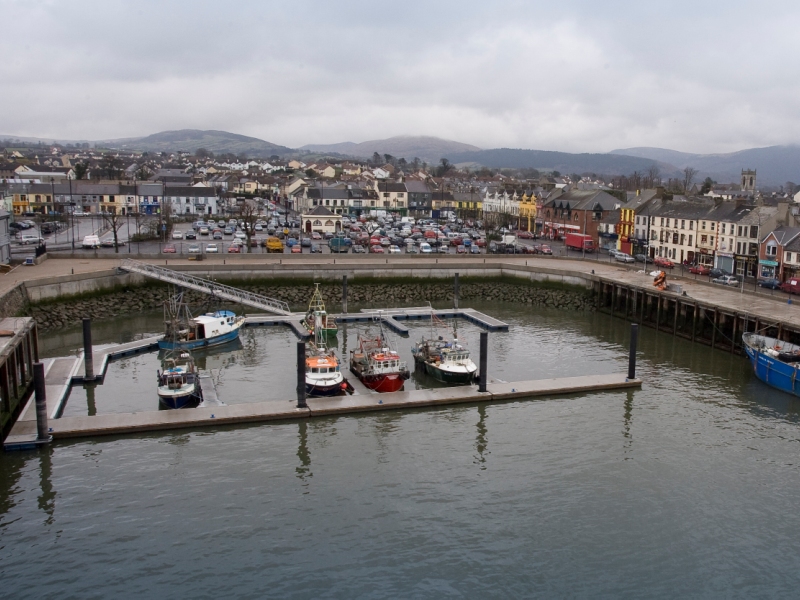 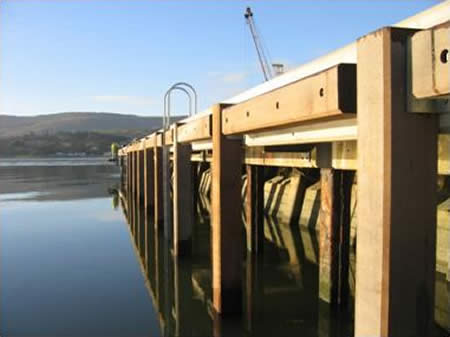 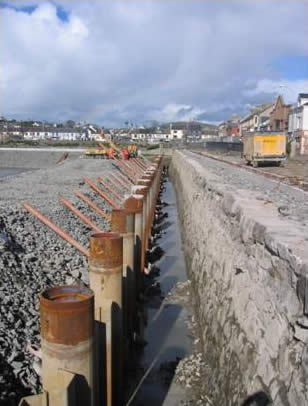 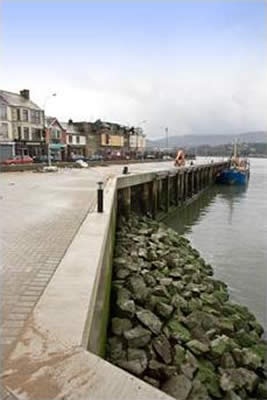 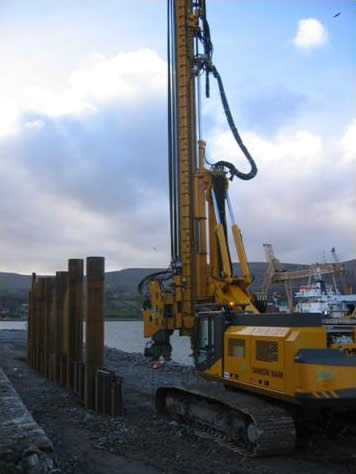 AWSON-WAM was contracted to complete the new mussel harbour and berth development at Warrenpoint by Warrenpoint Harbour Authority at a cost of £2.6m. The new development includes pontoon moorings for berthing small vessels as well as a depuration facility on the quayside.

Works commenced with the installation of a temporary rock bund across the harbour which allowed dry access for piling. A steel 'combi wall' was constructed from this bund along Custom House Quay consisting of 65nr tubular steel piles, and intermittant sheet piles. The tubular piles were 610mm diameter and 18m long, were installed along the length of the 140m dockside, socketed into the bedrock to a depth of 1.5m, and restrained with 100t ground anchors above a mid-tide waling slab. All the piling works were completed with our ABI Mobilram TM 18/22 B Leader Rig System mounted on a Sennebogen SR35 base unit. The open piled construction between the waling and quay slabs was designed to retain a clear view of the original masonry dock wall behind, which dates from Napoleonic times. Greenheart fenders were installed and Custom House Quay was finished with a coping beam, a 300mm thick reinforced concrete deck and associated quay furniture.

A new quay was constructed along the Town Square using 5m high x 2 m wide x 1.5 m deep pre-cast, reinforced, concrete panels, cast on site and craned into position from the temporary access bund. Granular fill was used to infill behind the wall and the top deck was finished with a concrete capping beam and brick paving. Rock armour was placed in front of the new precast units to provide protection.

Additional works to the new harbour included significant strengthening of the original Kelly's Coal Quay, which forms the third side of the dock. Its reinforced concrete deck was extended 2m outwards above a new waling slab, and a new rock-anchored, sheet-piled wall was installed in front of the existing 50 year old sheet-piled wall.

The harbour has been secured along its public sides by a fine traditional railing above a low wall, which makes it visually appealing from the Town Square viewpoint.