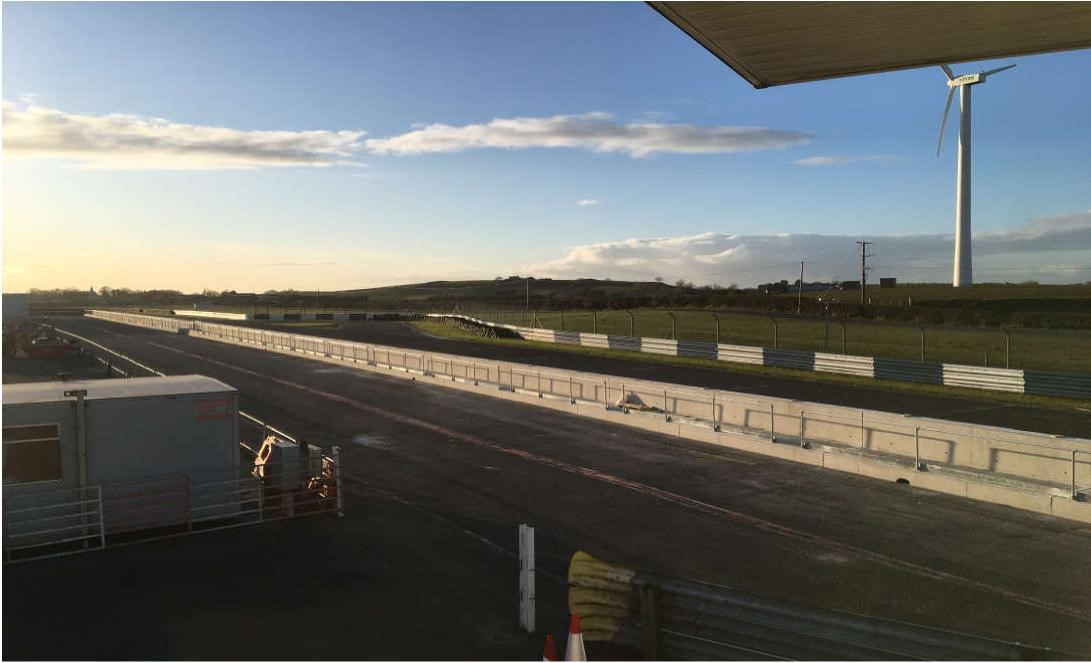 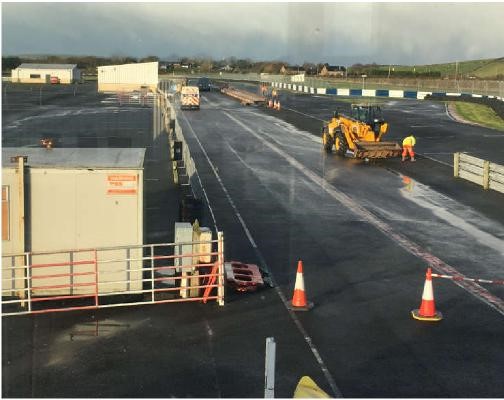 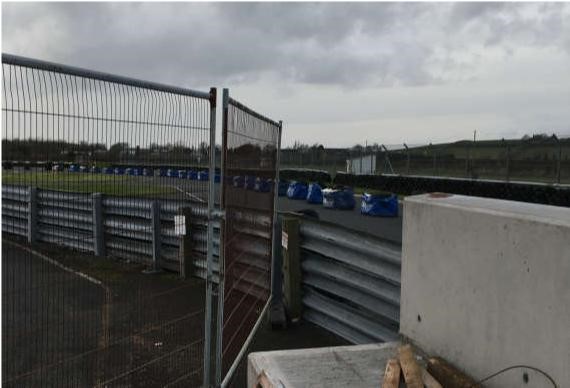 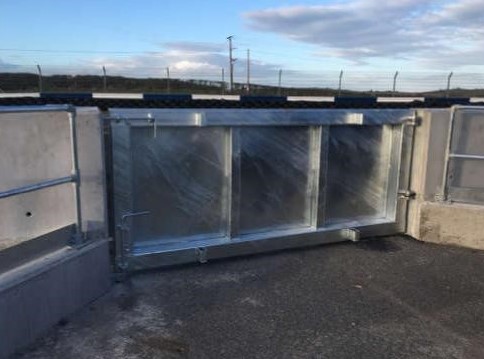 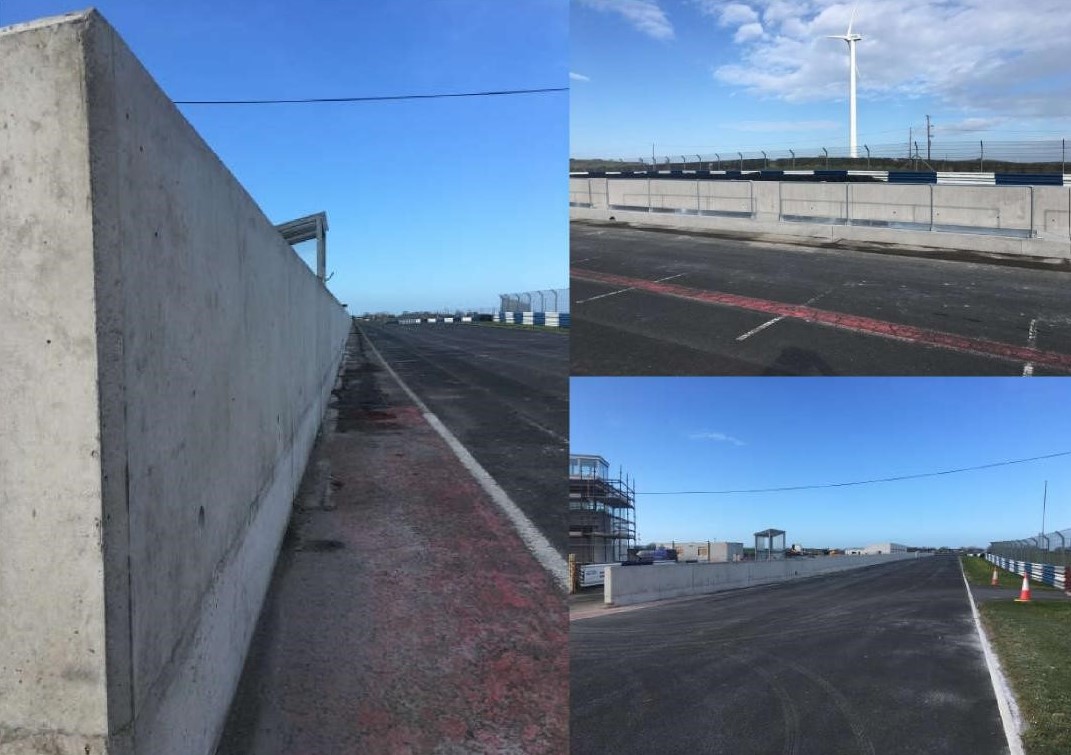 The 500 Motor Racing Club of Ireland (500 MRCI) owns and operates Kirkistwon Race Circuit, developed since 1953 on the former RAF airfield. Kirkistown’s Main circuit was laid out using portions of the aerodrome’s major east-west runway and northern perimeter roadways. In its present configuration, Kirkistown’s track length is 1.53 mi (2.46 km) and it is Northern Irelands only MSA-licensed permanent race track. In addition to the 500 MRCI’s own events and other automobile circuit racing series, Kirkistown also hosts races for karting, rallying, rallycross, motorcycle and supermoto classes. Various Duathlon, running and cycling events (in aid of Belfast Tandem Cycling Group) are also held on a regular basis including an officially measured series of
5k and 10k races regarded as one of the fastest and flattest courses in the province.

Dawson WAM were appointed as the Principal Contractor to undertake the design and
construction of:

The most challenging aspect of the project was the timeframe in which it had to be delivered. Dawson-WAM were awarded the project on 20 January 2020 with a completion date of 29 February 2020. Dawson WAM immediately engaged our experienced team of structural designers and in collaboration with our formwork subcontractors, developed a pour sequence that enabled programme delivery. Sustainable design was employed when considering joint spacing and wall detailing, allowing maximum use of fabric reinforcement sheet sizes meaning zero waste of mesh reinforcement. Dawson WAM were also able to use the existing Armco post holes as locations for 40mm dowels to provide lateral restraint for the pit wall. This meant that 90% of the wall construction was zero dig and required no spoil to be removed off-site.

A further challenge was the facilitation of a rally event halfway through the project. Dawson WAM, facilitated by 500MRCI members, met with the event organisers to determine what would be acceptable measures to allow the event to run safely whilst maintaining continuity of work to deliver the programme. It was agreed that foam protection barriers were employed to ensure cars only used the side of the race track furthest away from the works. A chicane adjacent to the works was also used to slow the cars to mitigate any risk of vehicles coming into contact with the recently constructed portion of pit wall. The works were completely isolated for the duration of the rally prohibiting access to spectators and participants. Where the race track and pit lane merged together, there was a 21m section of wall that could not be constructed with the rear viewing platform. As this platform was providing restraint against the overturning moment, the wall was required to key 1.5m into the ground. Ground conditions proved challenging as running sand was encountered and tidal groundwater observed. We were able to overcome these difficulties by ensuring concrete was available as the excavation proceeded resulting in the successful installation of the foundation of this section of wall.

Dawson WAM provided in-house design, fabrication and installation of the galvanised pit gate. The gate post was galvanised, tied and cast into the concrete wall. This was to facilitate recovery and removal of disabled vehicles from the circuit to the pit lane. Other features included sleeves cast into the top of the wall at 3.2m centres to facilitate the future installation of debris fencing. Cable duct installed at the start/finish line to provide maintenance capabilities to the timing loop. Galvanised steel hand railing with kick plate installed to the entire length of the signalling platform. Dawson WAM successfully completed the project on time and budget.