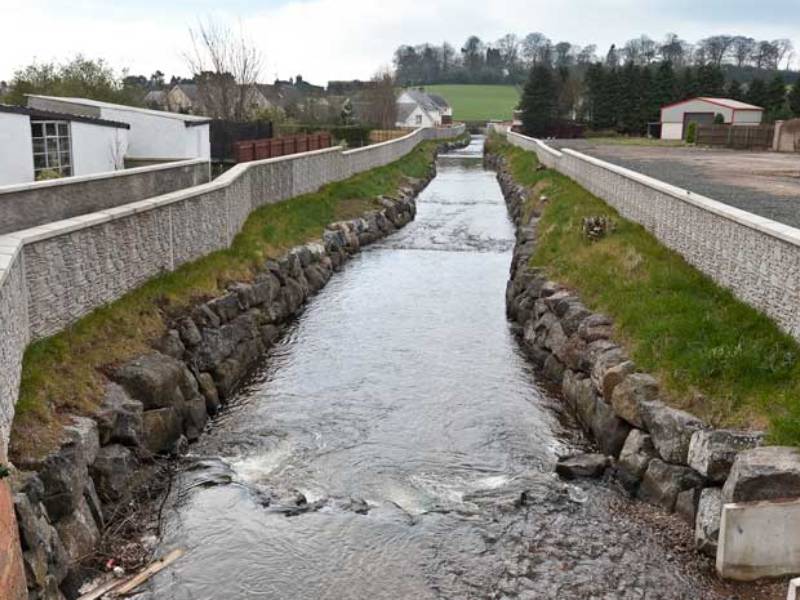 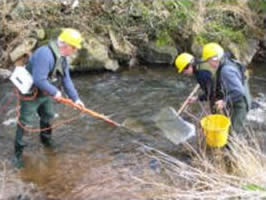 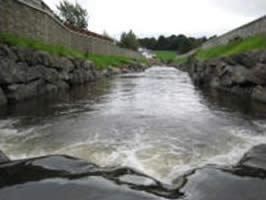 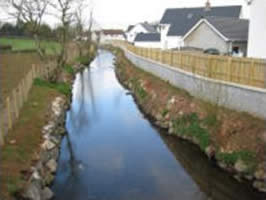 Moneymore is a small village located on the outskirts of Magherafelt in County Londonderry, Northern Ireland. Within the village there are two housing developments which are bordered by the Coltrim and Ballymully Rivers. Through recent years the Ballymully River has over-topped its banks on several occasions during periods of prolonged and heavy rainfall. This combined with upstream run-off from Slieve Gallion, poses the potential risk of serious flooding to some 100 dwellings.

In February of 2008, DAWSON WAM Ltd were appointed as the main contractor by the Department of Agriculture and Rural Development Rivers Agency (DARDNI) to construct new flood defences and reduce the risk of flooding to a 1 in 100 year event. The works were to include:

There were several environmental and construction-related challenges to overcome that required strategic design, programming and implementation:

Due to the construction restrictions on this project, DAWSON-WAM Ltd submitted an alternative design proposal to construct a secant piled floodwall with a cast-in-situ concrete top wall in lieu of steel sheet piles. Through an integrated team approach and early contractor involvement the alternative design proposal was accepted by the client as it was deemed to have the following advantages:

Prior to commencement, the construction team produced a range of detailed and extensive plans in order to establish a high benchmark from the outset. These plans included, but were not limited, to:

Through working collaboratively with CEEQUAL and the client, the bar was further raised throughout the project with all team members committed to going the extra mile. Examples of such measures were:

DAWSON WAM's contracts manager was appointed as the contractor's public liaison officer. Prior to commencement each riparian was individually visited outside working hours to discuss the scheme and ease any concerns. Through dealing promptly and effectively with the smaller concerns, residents developed the confidence and trust that bigger problems would be addressed in a similar manner. Regular visits, letter drops, public meetings and a 24hr emergency contact number all aided in making this a 'pain-free' project. During unprecedented flooding one Saturday evening, contracting staff were onsite during the event. Staff remained late into the evening until the peak of the flood had passed, providing assurance to residents by monitoring the works and aiding with sandbagging.

On completion of the project no complaints had been received in what was deemed to be an extremely high-public-profile scheme. Instead, several letters of commendation were received from residents, the Police Service of Northern Ireland (PSNI), Road Service and a number of charitable and community organisations, praising the way the scheme was implemented. This was reinforced further through the presentation of a 'Silver' Considerate Constructor's Award.