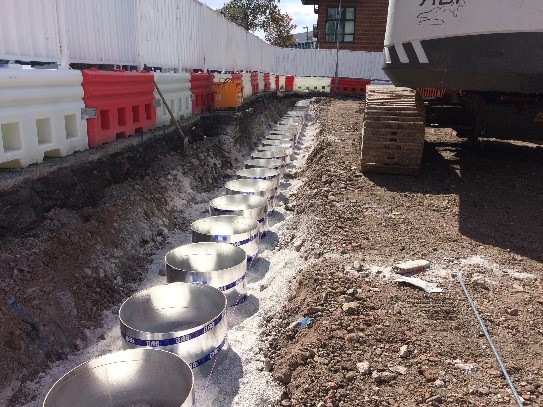 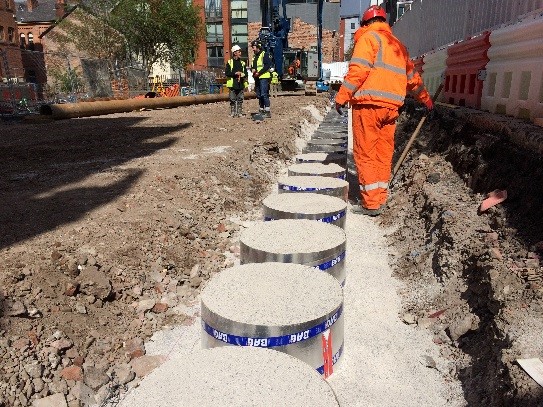 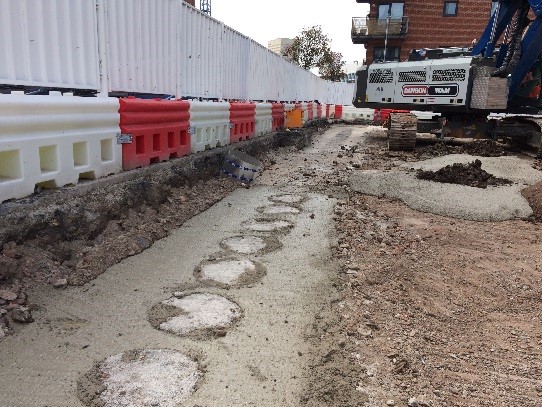 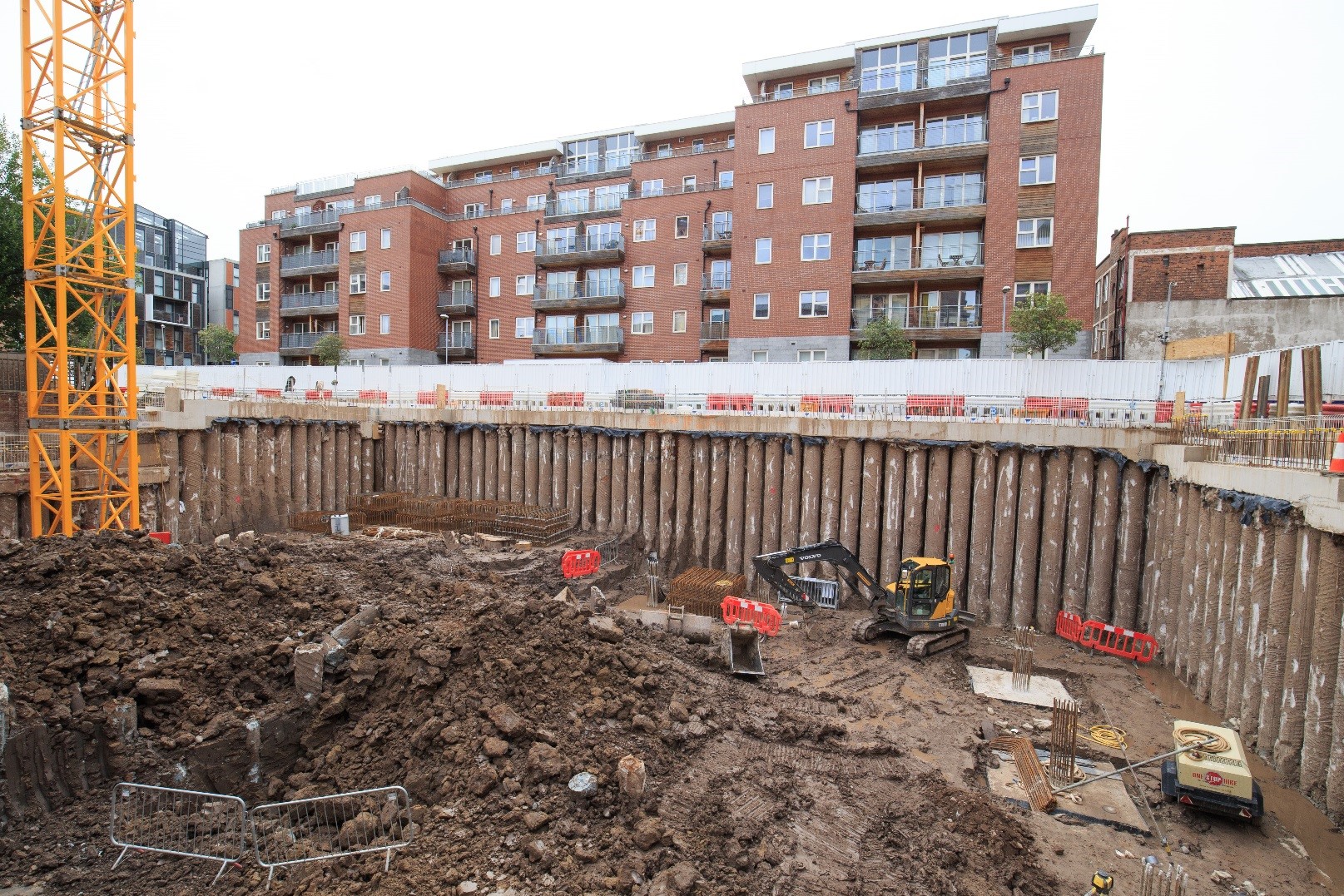 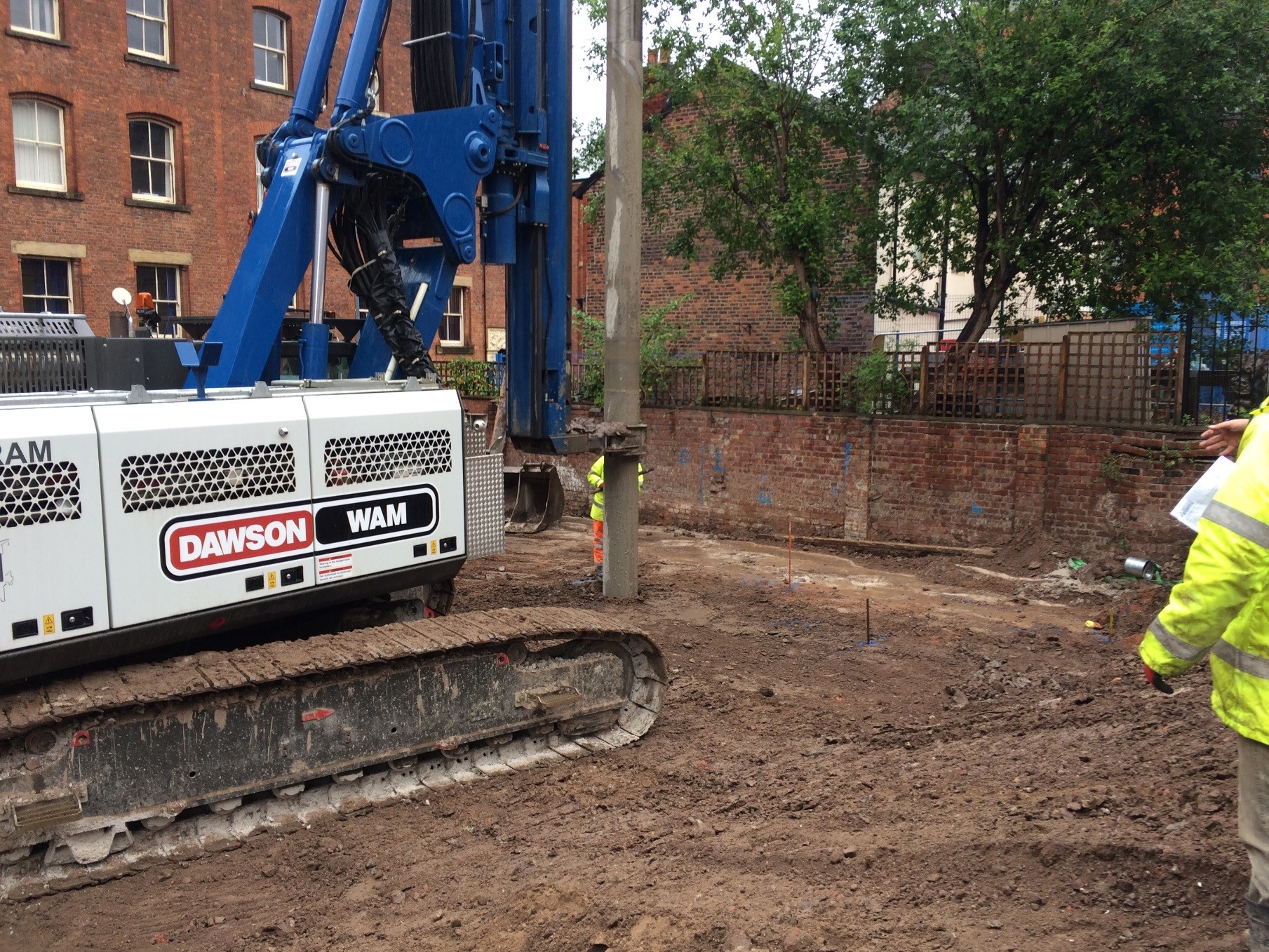 DAWSON-WAM was contracted by Barsdsely Construction Ltd. to install a contiguous wall accompanied by load bearing piles, to facilitate the construction of 66 new luxury apartments and underground basement car parking located adjacent to the Manchester Arena. This apartment block is part of Forshaw Groups, Halo Development, introduced to provide well-appointed accommodation, compromising of six floors and an underground basement car park situated in the heart of the city of Manchester.

The existing site was previously used as a 56-space surface car park split over two levels with a neighboring two-story former public house that is currently occupied by the charity Moodswings at the north-west corner of New Mount Street and School Street. The building was unaffected by the works and remained operational throughout the entirety of the project. Most of the immediate surrounding buildings are residential with a few offices ranging from three to seven stories in height.

Ground conditions consisted of sandy, gravelly clay which lead to a weak sandstone courtesy of the Chester pebble bed formation. For construction the site was split into two levels, both containing 630mm dia. contiguous piles and 450mm dia load bearing piles. The bulk dig of the basement provided retaining heights up to 7m, show casing the capabilities of the contiguous piled wall.

DAWSON-WAM’s Cased CFA system allows piling to be completed within 100mm of existing structures. The motors and gearbox that turn the auger and casing are set so that no part of the system encroaches beyond the cased auger. With a restricted site boundary and the wall leading to Moodswings charity garden, this cased CFA system allowed for a seamless installation of the contiguous wall with no impact to any of the surroundings.

DAWSON-WAM introduced a new innovative method to install the guidewall for the 630mm diameter contiguous piles. Cardboard column formers with a diameter of 610mm, 5mm wall thickness, cut to a length of 350mm and installed using an offset line reference and string line. The cardboard column formers when placed, were filled with sand/dust before a reinforced concrete beam was poured either side to set them in place. Piles were then installed through the formers with the guidewall holding the casing and auger in position.

The load bearing and contiguous piles were installed consecutively to help maintain a strict project timeline. With the load bearing piles having a low pile cut off level and the piling platform suited to the contiguous piles, DAWSON-WAM had to push the cages for the load bearing piles depths of up to 7m. To prevent a large column of concrete from forming above the pile, DAWSON-WAM used the ABI TM22 Rig to drill through the concrete to a metre above the cage. This technique aided the bulk dig process and reduced the risk involved when breaking down the piles.