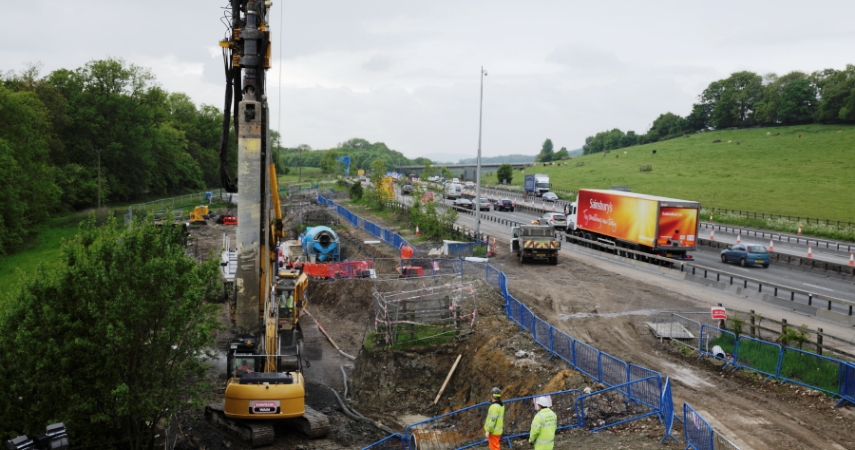 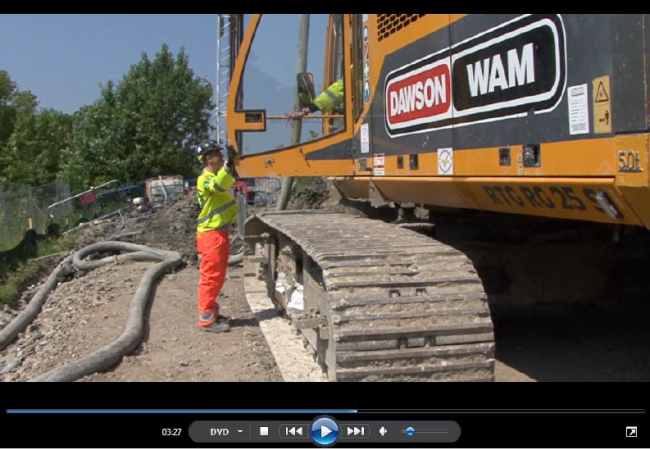 DAWSON-WAM was contracted by Skanska Balfour Beatty Joint Venture to install a cut off wall to prevent further movement on the motorway side of on an historic landslip.

In total, 68nr. piles, 900mm in diameter and up to 13m long were installed along the side of the live motorway. The piles were installed using Cased CFA techniques to prevent flighting or necking of the piles in the soft ground. The soils consisted of considerable depth of soft clay deposits overlying stiff clays into which the piles were founded.

The piles were heavily reinforced with heavy 12B40 cages to resist the large lateral forces applied due to any further slope instability.

During the project DAWSON-WAM successfully completed trials of a Proximity Warning System on the piling rig and attendant excavators with a view to making the system mandatory throughout the operated plant fleet.

The proximity warning is designed to protect the work force from contact with moving machinery (fitted with the proximity warning system) by warning both plant operators and ground operatives of imminent danger if someone is approaching the machine during operation.

The scheme was such a success that Skanska completed an educational video and datasheet on the system and this was dispersed company wide. DAWSON-WAM has promoted this system internally within the company and all operatives have been trained in its use.