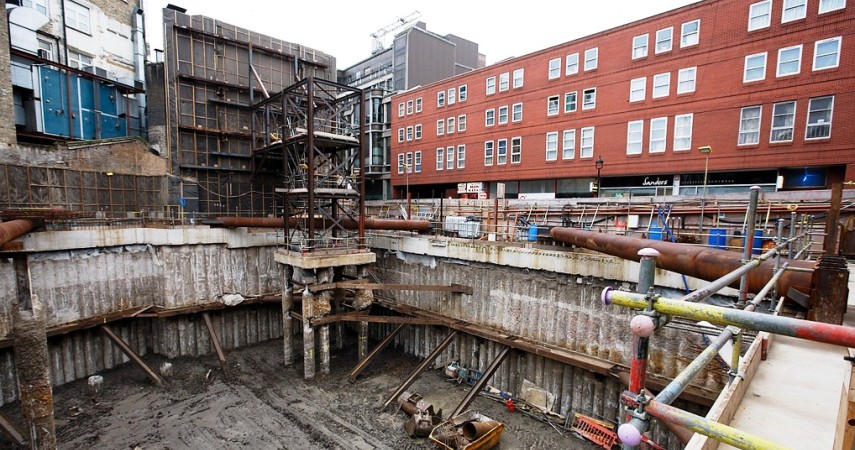 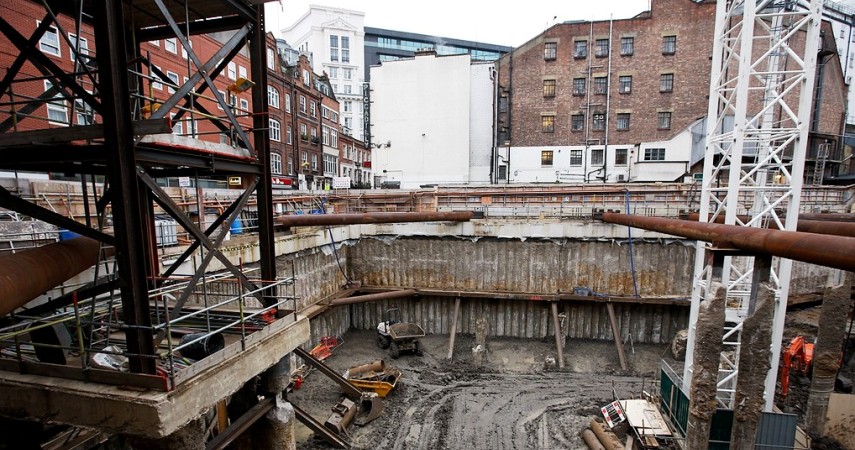 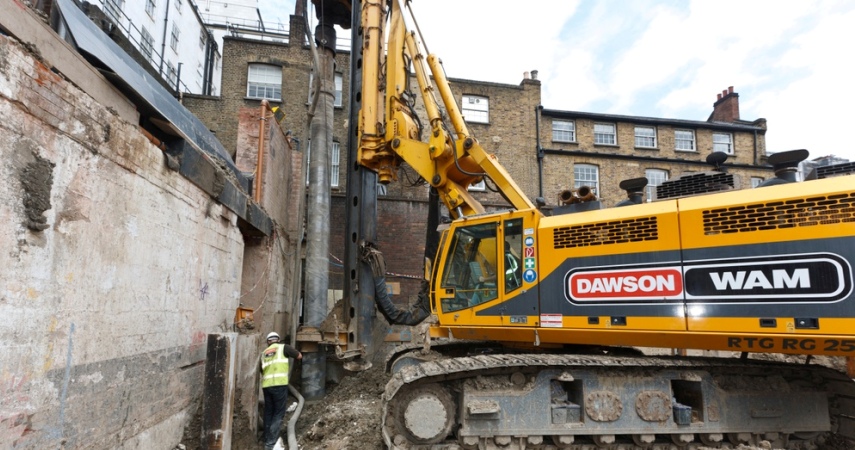 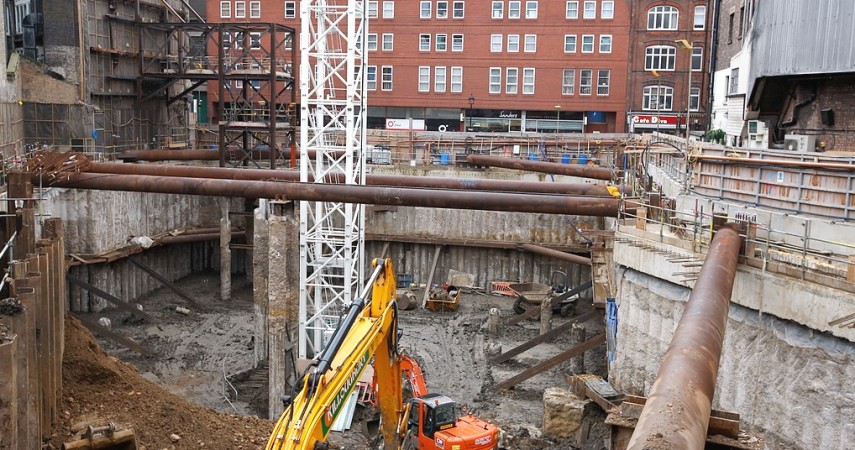 DAWSON-WAM was contracted by Firmdale Hotels to design and construct a new 2 storey basement for a new luxury boutique hotel in the heart of London’s Theatre District. Under the contract DAWSON-WAM completed all the piling, capping beam and propping system requirement.

Over 250m of secant walls were installed to form a 9m deep retaining wall and piles were installed 50mm from existing occupied retail, residential and theatre buildings. Due to the façade retention on one elevation some of the secant wall was installed using low head room rigs to allow piles to be installed underneath the substantial façade support structures. In total, 53 no. load bearing piles were also installed ranging up to 27m in length and 630mm in diameter.

DAWSON-WAM installed an innovative propping system to allow the top level of propping to be positioned above the capping beam. This allowed the casting of the ground floor slab prior to the removal of the top level of props which was key to minimising deflections on the wall. Low level propping were installed generally as raking props spanning between a waling beam fixed to the secant wall and concrete thrust blocks installed below formation level.

The site contained an existing electrical substation which was present throughout most of the works awaiting its new location to be made ready. This restricted works on the site greatly and required the installation temporary sheet piles to be installed around the substation to allow excavation to commence on the basement.

Due to the confined nature of the site and close proximity of noise and vibration sensitive neighbours DAWSON-WAM elected to nominate the site for Considerate Constructor Scheme and after numerous audits the site was awarded a Gold Award.