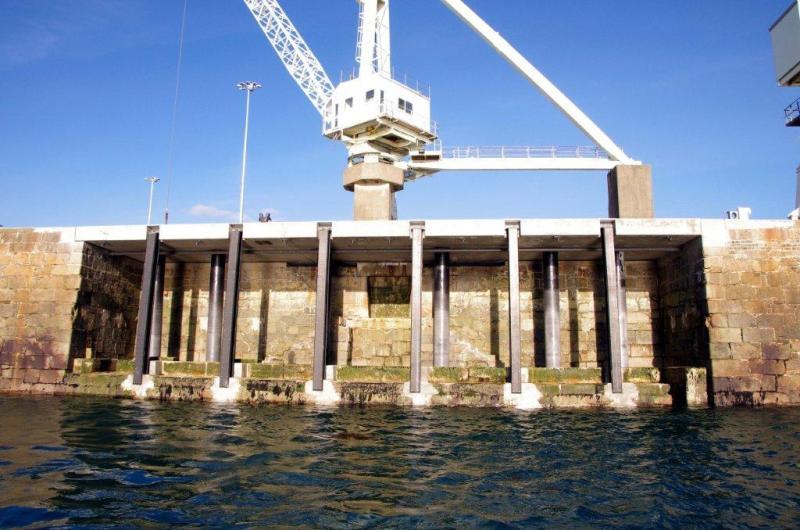 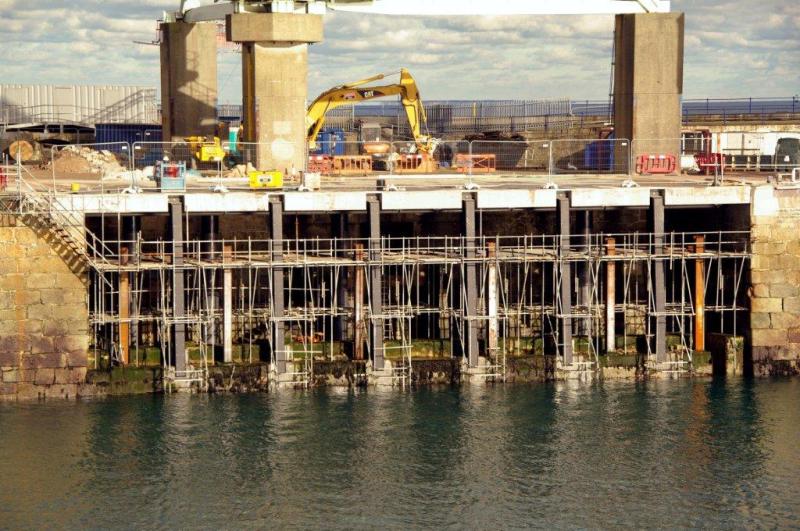 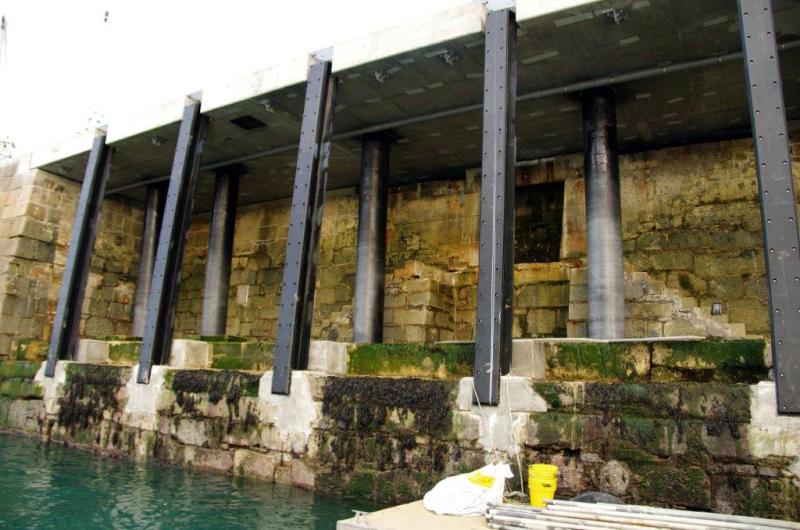 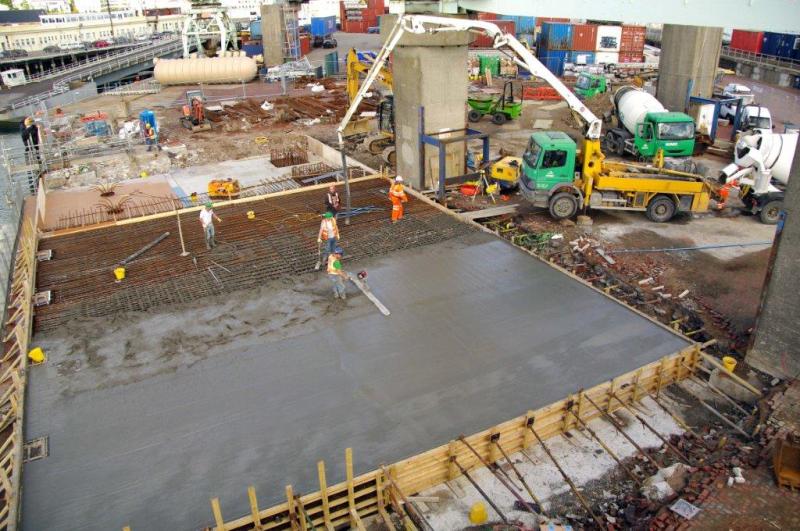 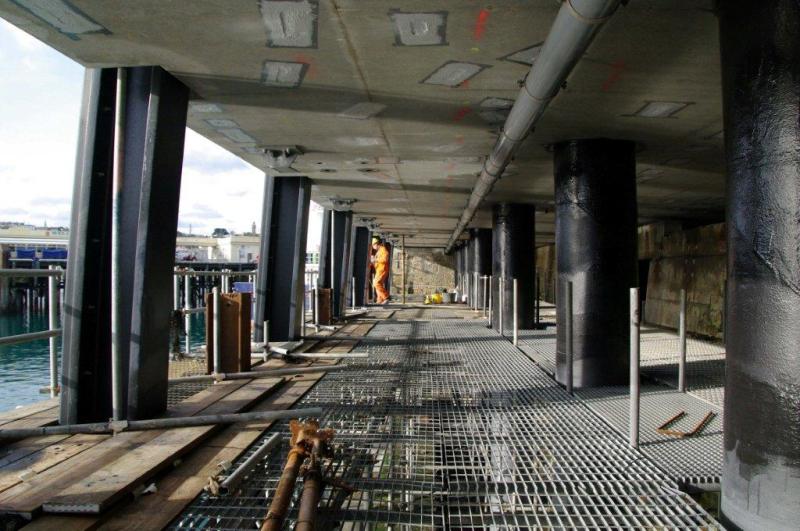 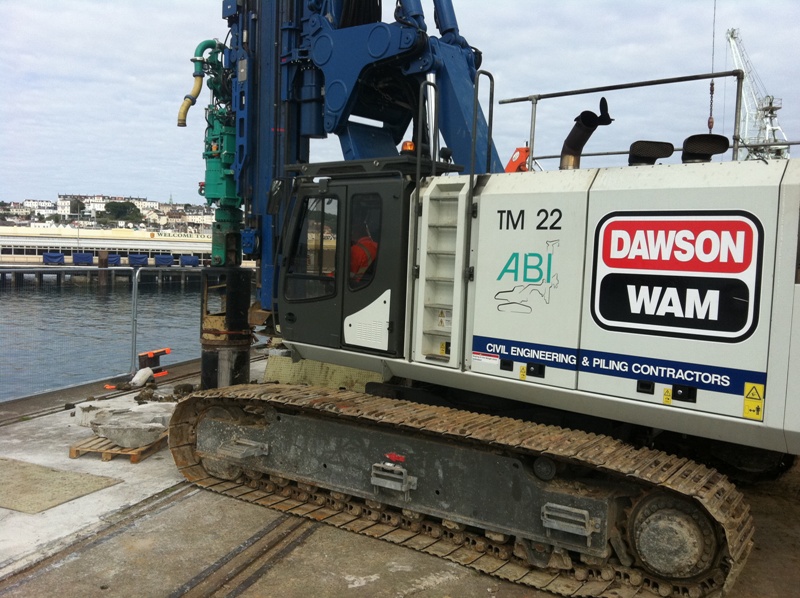 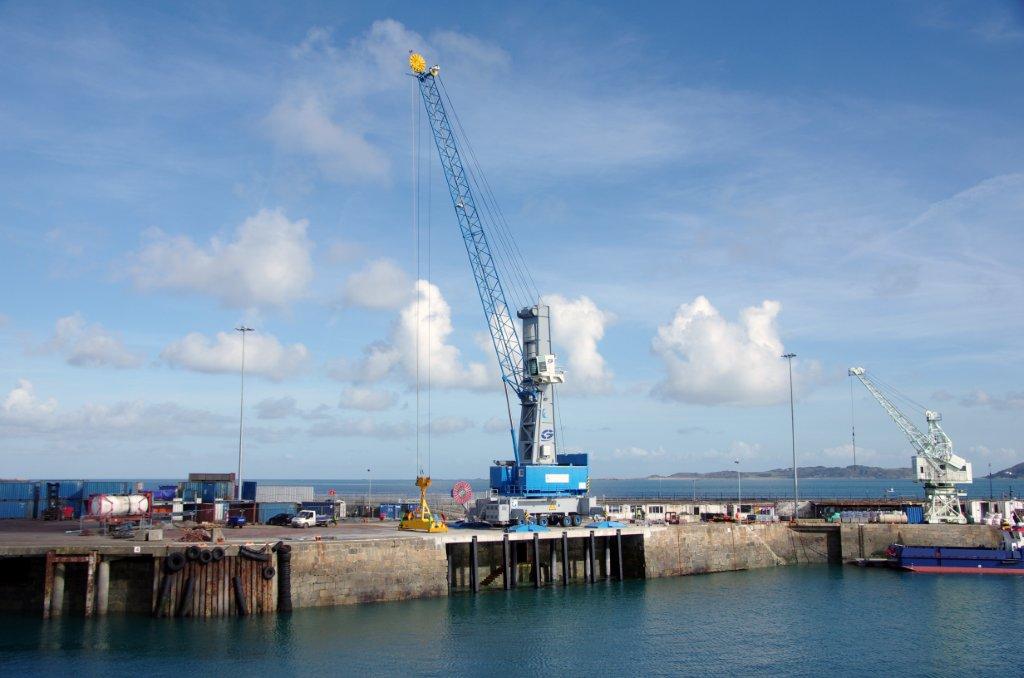 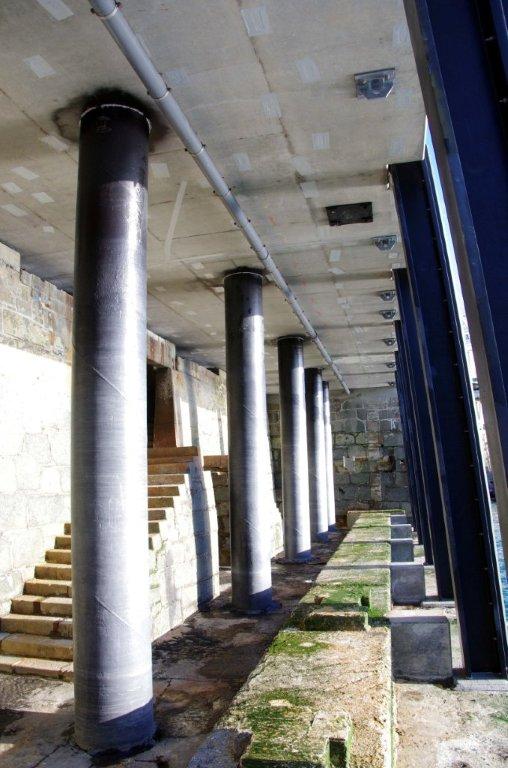 DAWSON-WAM was contracted by the States of Guernsey to refurbish the Berth 5 quayside and open deck facility within the busy St Peter Port Harbour.

The works comprised the demolition and removal from site of the existing reinforced concrete open deck slab including the removal of the existing crane rails. DAWSON-WAM engineered and installed a temporary crash deck to ensure that throughout no demolition debris entered the water.

Steel encased load bearing piles were installed into the very strong basalt rock using DAWSON-WAMs rock coring heads driven by and 80t piling rig. The 12 piles installed were up to 22m in length and socketed deep into the rock.

On top of the piles a new reinforced concrete suspended deck was constructed 30m by 15m by 850mm deep.

Works to the harbor wall were completed with the installation of a new fender system compromising steel column sections fronted with HDPE low friction facing.

The contract also included for the provision of 4no. 25m high mast lighting towers including the reinforced concrete foundations. Over 300m of buried electrical ducting was installed with associated access manholes and cabling to the lighting towers.

Finally all block paving which was removed at the start of the contract was reinstated and the berth handed back to the States of Guernsey.